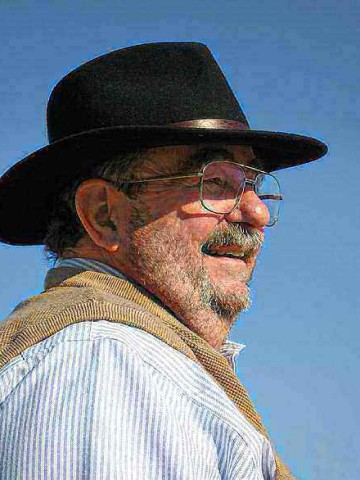 Captain Charles Alden "Chuck" Wilson, USN Ret., age 65 of Gallatin, passed away quietly at home on the morning of July 29, 2009. Chuck battled a rare form of cancer for eight years and never wavered in his faith in Jesus Christ. On Monday, July 13, 2009 he and his family found out there were more tumors than the doctors could count and there was nothing more they could do for him. During the eight years of fighting this cancer, he took every opportunity to encourage other cancer patients, doctors, nurses and anyone who crossed his path. He saw his cancer as an opportunity to point others to Jesus Christ. He was the C.E.O. of Nashville Wraps for 12 years. Prior to that he worked at the Baptist Sunday School Board, started several business ventures while in New Jersey, and spent 27 years in the United States Navy. During his senior year in high school, he was awarded an appointment to the Naval Academy that he turned down. Instead, he chose to accept an NROTC scholarship to the University of Miami of Ohio. He officially began his career in the Navy, being sworn in as a midshipman at the age of 17. Throughout his naval career, he was highly regarded by others and always received excellent evaluations. When he was first diagnosed with brain cancer in 2001, he and his wife, Sandy founded Sewn-N-Love. This is a non-profit organization that provides quilts to cancer patients. In addition to this ministry, he spent his last eight years actively promoting and raising funds for the American Cancer Society as well as Relay for Life, where he served as the Honorary Chairman of 2009. He was a truly great man who served others, provided guidance and leadership for his family, and enjoyed telling all that crossed his path about God's love and mercy. He told his family in 2001 that he wanted to "Finish Well" and that was exactly what Chuck Wilson did. Chuck is survived by his wife of 44 years, Sandra Kay Wilson; his three sons, James Alden and Andra Wilson, Jonathan David and Robyn Wilson, and Christopher Worley and Amie Wilson; his grandchildren, Peter, Nicole, Caleb, Alexandria, and Lauren Wilson; his parents, Alden and Betty Wilson; his sisters, Janise Dickerman, Caroline Pittman, Diana Spriggs and Jeanne Pendley; and his brother, Dr. Richard Wilson. Funeral services will be conducted Sunday, August 2nd, 2009 at 2:00 P.M. from The First Baptist Church in Hendersonville. Visitation with the family will be on Saturday, August 1, 2009 from 2-6 P.M. at Hendersonville Funeral Home, and on Sunday, from 1P.M. until the time of service at the church. Interment will follow in Gallatin Memory Gardens at Crestview. In lieu of flowers, memorial donations may be made to Sewn-N-Love, the Sarah Cannon Cancer Foundation, or to the Dan Rudy Cancer Center. "Chuck always thought of others first. He not only made great sacrifices for his family, but for his country and God alike. His leadership by example taught us all that a selfish nature is not part of God's will for anyone. While we will all miss Chuck dearly, we are confident that he has gone home to be with our Lord and Savior. As he said all throughout his most recent adventure, "I am in a win-win situation here; while I don't want to leave any of you now, from my perspective, it will be a very short time before we are all reunited again in glory.""