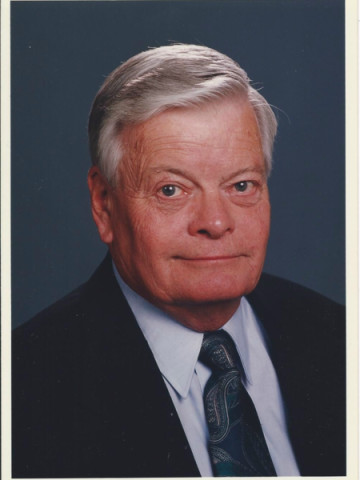 Departed on May 5, 2013 and resided in Hendersonville, TN

WILSON, Richard Siebenthaler, 78, died peacefully on Sunday, May 5 after a long illness. He was born November 29, 1934 in Dayton, Ohio, the son of William Howard and Mary Elizabeth Siebenthaler Wilson. He graduated from General Motors Institute now Kettering University in Flint, Michigan with a degree in mechanical engineering. After serving in the Air Force, he moved with his wife to Illinois where their three children were born. He served as pack master for his Cub Scout sons and their Pinewood Derby cars won many trophies over a period of six years. In 1977, the family's love for boating and the outdoors brought them to Hendersonville, Tennessee. He was a member of the Hendersonville chamber of Commerce and the Noon Sertoma Club, serving as Sertoma's treasurer for many years. He owned and operated The Telephone Booth, Inc. in Hendersonville, but later returned to Northern Telecom, retiring in 1996. Tinkering with cars was a lifelong hobby and his '67 Firebird, which he restored and rebuilt, was his pride and joy. He was the original "Mr. Fix-It" and handled all household and most boat and auto repairs. He was a loving brother, husband, father and grandfather. His parents and a sister, Mary Ellen Brown, preceded him in death. He is survived by his wife of over fifty years, Shirley, and three children; Douglas Wilson Cara of Narrows, Virginia, Gregory Wilson of Hendersonville, and Carla Finkle John of Hendersonville and five grandchildren: Sara and Rebecca Finkle and Maxwell, Miles, and Mitchell Wilson. A beloved sister, Celia Mehaffey Joe of Georgia also survives. The family will be receiving friends Thursday, May 16th from 5 – 7 PM at Hendersonville Funeral Home, 353 Johnny Cash Parkway Hendersonville, TN. A Life Celebration will be held following visitation at 7 PM in the chapel. In lieu of flowers, the family requests that donations be made to the Noon Sertoma Club of Hendersonville, TN or a charity of your choice.