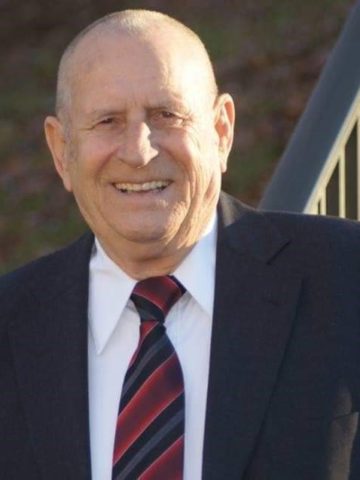 Departed on October 8, 2019 and resided in Goodlettsville, TN

William Glen Sanders, 79, of Goodlettsville passed away Tuesday, October 8, 2019 at his home. Born in Section, Alabama, May 9, 1940 he was the son of the late George W. Sanders and the late Millie (Laudermilk) Sanders. He was also preceded in death by a sister, Wilma Douglas and by a grandson, Kevan Hawkins. Mr. Sanders was an Army veteran, having served from 1963 until 1965, and moved to middle Tennessee following his service. He retired from Consolidated Sanitary Supply where he had worked in sales for many years. Early on in his career he also worked for a vending machine company. He was a devoted husband, father, grandfather, great-grandfather, brother and friend. He was dedicated to his family and loved to spend time at the lake with them around. He also loved gardening and enjoyed passing along his skills and techniques to his family. Other spare time activities that he particularly enjoyed were fishing and playing cards. He will be fondly remembered as a strong willed, hard working individual. William is survived by his wife of 53 years, Sue E. (Allgood) Sanders; his children, Mylinda (Mark) Parker, Karen (John Wayne) Traughber; grandchildren, Meagan (Gary) Rockey, Mitchell (Sarah) Parker, Ashley (Chris) Proctor, Debra (David) Mrak, Justin (Julie) Hawkins, Matthew (Cristena) Parker, and Amanda (Luke) West; great-grandchildren, Alexis, Cooper, Chloe, Devin, Eric, Emerson, Harper, AnnaCate, Rosalie, Elliston, and Delilah; his ex-son-in-law, John Fink; his brothers, Leonard (Marie) Sanders, George (Louise) Sanders, Archie (Rose) Douglas; and many nieces, nephews, and their spouses. Visitation will be held Wednesday, October 9, 2019 from 3 to 8 PM at Cole & Garrett Funeral Home, Goodlettsville. There are no other services scheduled at this time.