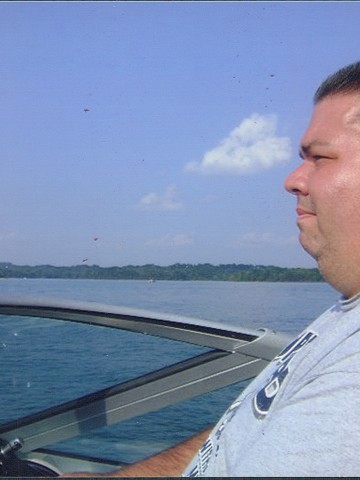 Departed on September 24, 2013 and resided in LaVergne, TN

William B White III, beloved husband, father and friend passed away at home September 24, 2013. He was born December 17, 1968 to William B. White Jr. And Barbara Sue Hamilton White in Millington, TN. He was a graduate of Millington Central High School. Billy moved to Nashville, TN, in 1992 to pursue a career in truck driving. He drove a bus for Tammy Wynette. He eventually worked in construction operating dump trucks and other heavy equipment. He was also involved with the LaVergne High School Marching Band.
Billy married Michelle Smith White on May 28, 1994, also a graduate of Millington Central High School. They have three children, Morgan, Madison and Will.
He was preceded in death by his parents. He is survived by his wife, children, many aunts, uncles and cousins. In lieu of flowers we ask that donations be made to the LaVergne High School Band Boosters, P.O. BOX 755, LaVergne, TN 37086.

The Life Celebration Service will be on Monday, September 30, 2013, at 10am, at West Harpeth Funeral Home with Brother Oscar White officiating. The burial will be private. Visitation with the family will be on Sunday from 2-8pm, and on Monday from 9am until the service hour at WEST HARPETH FUNERAL HOME, 6962 Charlotte Pike; online guestbook www.www.coleandgarrett.com 352-9400.