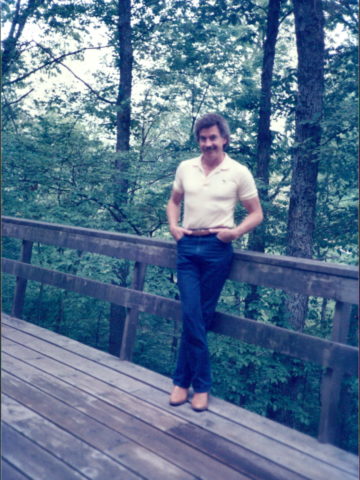 Wayne W. Kent, 78, of White House passed away Sunday, March 31, 2019 from Parkinson’s Disease. Wayne was born February 7, 1941 in Old Hickory, TN to the late Charley Douglas Kent and Lela Ma Fuqua Kent. In addition to his parents he was predeceased by his siblings Peggy Webb, C.J. Kent, and Gale Kent. Wayne was a graduate of the Goodlettsville High School, class of 1959. Wayne served in the Tennessee Army National Guard from 1963 to 1969. He retired as a millwright for Dupont where he had worked for some 35 years. He loved all sports especially football and was a staunch Vanderbilt fan. He also enjoyed going to the beach, RV’ing, travelling and working in his garage where his family believed he sometimes did more harm than good in his time spent “piddling” there. He also loved the time he spent during the winter in Florida and was known to like to sing karaoke. Wayne met his wife Barbara some 16 years ago and they had been married for the past 8 years. He is also survived by his daughter and son-in-law, Lynn (Bo) Merritt; his two granddaughters, Jade and Jasmine Merritt; 7 nieces and nephews, extended family and many friends. Visitation for Wayne will be held at Cole & Garrett Funeral Home, Goodlettsville, Wednesday from 4 to 8 PM and Thursday from 12 noon to 1 PM. A celebration of life service will be held at 1 PM followed by interment at Spring Hill Cemetery. In lieu of flowers, memorial contributions may be made to the Michael J. Fox Foundation for Parkinson’s Research www.michaeljfox.org