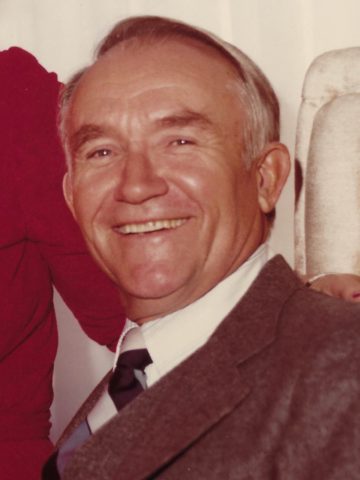 Departed on November 27, 2020 and resided in Goodlettsville, TN

William Samuel Miller, known as W.S. or Grandaddy, was born at Sugar Creek in Hickman County, Tennessee, 97 years ago. He was the only son with five younger sisters. Being raised in the Great Depression, his formal education ended at age 13, when he worked full time with his father on the farm. He adored his mother and credits his never smoking or drinking to her, citing, he never wanted to do anything to make her cry. His family was devastated when his 16 year old sister contracted polio. He was active in her and his parents care for the rest of their lives.
In the 1950’s he married the love of his life, Mary Ann, started their family and moved to Nashville. For all of their nearly 70 years of marriage, he was faithful, loving and sometimes to the embarrassment of the kids (kisses in the kitchen) affectionate husband. They both valued family time and hosted Sunday lunches for decades.
As a father and grandfather, he was involved, tender and adventurous. He was always prepared for a roadside picnic or wade in the creek. He made every one of us feel cherished.
He was a people person. He enjoyed listening to their stories and sharing his.
W.S. took pride in providing for his family and his work at Ford Glass Plant. He worshiped and served with his friends at Madison Church of Christ and nightly prayed for his children and grandchildren by name.
He is survived by his sisters, Hettie Miller Oliphant and Bessie Miller Daniels; his children Teresa Miller Killeen, Sam Miller (Stephanie),Sherie Miller White (Steve),April Miller White; his grandchildren; Keith Witt, Amber Witt Head, Kristen Bourne Pitt, Samantha Miller Baird, Hunter Miller, Leslie White Butler, Clayton White, Daniel White, Chad White, Candice White Mcfarland, Chase White; his great grandchildren, Grace and Ryan Witt, Isabella, Griffin and Taylor Head, Quinton Witt, Abbie and Austin Pitt, Miller and Jack Henry Baird, Ellie Grace and Lincoln Miller, Berkley, Carley and Hailey Butler, Kaden and Nora White, Dylan and Claire White, Lucy White, Zoey and Heidi May Mcfarland.
God has truly been faithful in blessing his long life.

“Honor your father and mother. Then you will live a long, full life in the land the LORD your God is giving you” Exodus 20:12