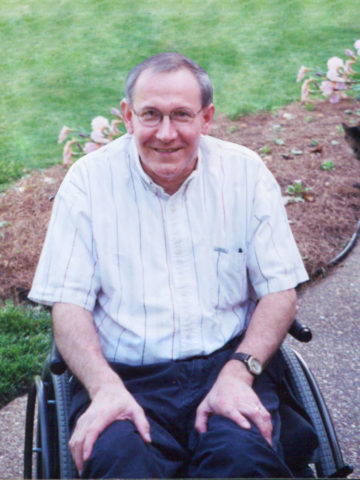 Departed on July 17, 2019 and resided in Goodlettsville, TN

Vincent E. Campbell, 69, of Goodlettsville passed away Wednesday at his home. Born July 13, 1950 in Wadesboro, NC, he was the son of Margaret R. (Steeley) Campbell and the late Bernie Dennis Campbell. Vincent was also preceded in death by a son, Adam Tyler Campbell; and a brother, James Brian Campbell. Vincent was retired as a benefits counselor for the Veteran’s Administration. He had worked for the VA for over 20 years. He was a veteran of the United States Air Force. It was while he was in the Air Force that Vincent was diagnosed with MS, an illness he fought for many years. He was a member of the East End United Methodist Church for more than 50 years and had been a member of Boy Scout Troop 3 at the church in his youth. He was an avid sports fan and particularly enjoyed watching his son’s baseball and basketball games. He was a New York Yankees fan and an avid Atlanta Braves fan. He is survived by his wife of more than 45 years, Dianne S. Campbell; four sons, Brent Edward Campbell (Carrie), Drew Matthew Campbell (Kelly), Chad Michael Campbell (E.J.), and Chase Austin Campbell (Blair); eight grandchildren, Bryce, Brianna, Ashlyn, Caden, Crew, Tyler, Dansby, and Teddy; his mother, Margaret Campbell; and a brother Kevin J. Campbell (Callie). Visitation will be held at Cole & Garrett Funeral Home, Goodlettsville, Friday from 5 to 8 PM and at the East End United Methodist Church, Saturday from 9 – 10 AM. A celebration of life service will be held at Church Saturday at 10 AM followed by interment at Woodlawn Cemetery. In lieu of flowers, donations may be made to East End United Methodist Church or Avalon Hospice.