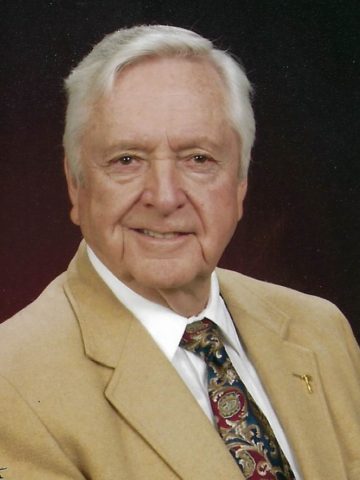 Departed on February 9, 2020 and resided in Hendersonville,, TN

Thomas William (T.W.) Hunter, Jr., 91, long time resident of Shackle Island, passed away February 9, 2020. He was born in Nashville, TN at St. Thomas Hospital on November 19, 1928 to the late Ella Catherine Hessey Hunter and Thomas William Hunter, Sr. A graduate of Gallatin High School, he became a Sgt. in the US Army Military Police serving in WWII, where he earned the Victory Medal and Army of Occupation Medal. He also served in the Korean conflict, and was honorably discharged in 1952. He graduated from George Peabody College of Teachers, Nashville, Tennessee with a BA degree in 1955. He then earned his Master of Public Health at the University of North Carolina, Chapel Hill in 1957. Mr. Hunter earned his JD degree from YMCA Night Law School in Nashville in June, 1972. From 1957 to 1977, he was employed in various positions. He worked at the Florida Heart Association; Director of fund raising to bring the USS Alabama home to Mobile; Tennessee Department of Public Health; Metro Nashville Heath Department; Mid Cumberland Health Planning Council and Middle Tennessee Health Systems Agency. From 1977 to present he was self-employed as an independent health care/hospital consultant; businessman; and owner and developer of real estate. He never completely retired and was a gentleman farmer to the end. Mr. Hunter was a member of the VFW, 33rd degree Mason, Shriner Legion of Honor, member of the Board of Trustees at Bethel College, and former Elder of Beech Cumberland Presbyterian Church in Shackle Island. He was preceded in death by his first wife Barbara June Ferguson Hunter. Also preceding him in death were his brothers Alonzo, Dewey, and William Hunter; and sisters Virginia Thomas Garrett, Ellen Parker, and Jo-Ann Jenkins. He is survived by Betty Lou Hunter, his wife of 26 years; and his sister Catherine Claire McGee. Mr. Hunter is also survived by his three sons; Thomas Andrew (Nannette) Hunter of Brentwood, Brent Alan (Annette) Hunter of Gallatin, Thomas William Hunter, III of Goodlettsville and his stepdaughter Jamie (Mike) Bowman of Shackle Island. He is also survived by nine grandchildren, and many great grandchildren, nieces and nephews. Visitation will be at Cole & Garrett Funeral Home in Goodlettsville, Thursday, February 13 from 2-8 pm. Funeral Service will be Friday, February 14, at Beech Cumberland Presbyterian Church at 11 am with visitation from 9am until service. The family would like to thank Tangela Lawrence for the love and care she gave to Tom. For those desiring, donations may be made to the June Hunter Scholarship Fund at Beech Cumberland Presbyterian Church, St. Jude’s Children’s Hospital or Shriner’s Children’s Hospital Fund.