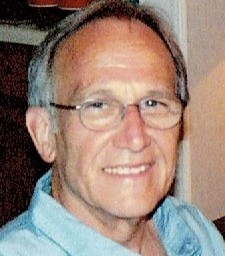 Departed on October 23, 2017 and resided in Goodlettsville, TN

Rev. Thomas Nathan Hockaday, 72, passed away peacefully the morning of Monday, October 23, 2017, surrounded by his family. Born July 15th, 1945, in Gibson County, the youngest son of William Andrew Hockaday and Lucy Elizabeth Morgan, he was raised in West Tennessee. Called to the ministry while still in his youth, given the gift of eloquence from an early age, his oratory skills, in Latin, earned him the patronage of a local attorney, allowing him to attend Asbury College in Kentucky. A man-of-letters but blessed with the common touch -- spending his winter break in Harlem volunteering for the Salvation Army -- Rev. Hockaday would go on to complete his baccalaureate degree in English from the University of Louisville, before receiving his Master’s in Divinity from Southern Baptist Seminary, now fluent in both Hebrew and Ancient Greek. For seventeen years, he led Methodist churches throughout Kentucky, pastoring to the needs of his parishoners, but also to those most in need, from those institutionalized to the newly immigrated, from the widow to the orphan. Later, he served two years as as chaplain of Nashville Rescue Mission, before launching a non-denominational church locally. A missionary in the truest sense of the word, he spread the message of Jesus wherever he set foot, from Mexico to Missouri, from California to Honduras. Gentle, tender, full of loving-kindness, he instantly put whomever he met at ease, seeing in every person the imprint of the Lord. A devoted and loving husband, a father, grandfather, and a friend to many, Rev. Hockaday is survived by his wife of 46 years, Elizabeth (née Pfeffer) Hockaday; his children, John, Lee, James, David, Heather, and Kathryn; his grandchildren, Philip, Ana, Sofia, Lydia, Natalie, Alexander, Christian, Hunter, William, Andrew and Henry; and his siblings, Sara Reeves, Joyce Warren and Andrew Hockaday. A celebration of life will be held Thursday at 1 PM at Cole & Garrett Funeral Home -- 127 N. Main St., Goodlettsville -- with burial to follow at Hendersonville Memorial Gardens. Visitation will be prior to the service, Thursday from 11 AM to 1 PM.