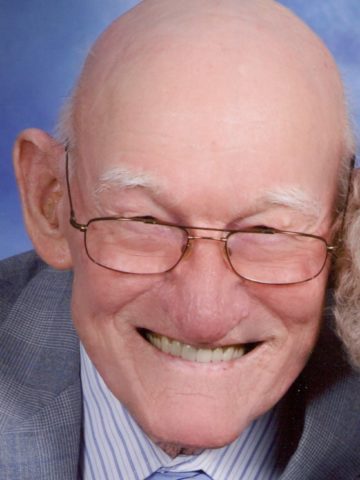 Departed on February 19, 2017 and resided in Goodlettsville, TN

Thomas “Tommy” D. Campbell, of Goodlettsville, passed away on February 19, 2017 at age 83. He was born on August 6, 1933 to the late Jim and Irene Campbell. He was also preceded in death by his brothers, Leonard and Marvin Campbell. Survived by his wife of 60 years, Evelyn Campbell; son, Charles Campbell; grandson Isaac Campbell; sisters, Beuton Towler, Susie Towler, and JoAnn Wilson. Tommy was known as “Pop” to all of his friends at the railroad where he worked for several years until his retirement. He had a love of trains, and he was an avid hunter and fisherman. Tommy was a very devoted husband, father, and grandfather. He was a true man of faith who loved the Lord. One night when Tommy was in the hospital recovering from surgery, an angel appeared at his bedside, and assured him that he would never have to suffer in pain again. From that day on, Tommy never had to take any pain medication, not even aspirin. A celebration of life will take place at Cole & Garrett Funeral Home, Goodlettsville Thursday at 11 a.m. Visitation will be on Wednesday from 4 until 8pm, with a masonic service at 7 p.m. Interment will take place at Forest Lawn Memorial Gardens with funeral honors.