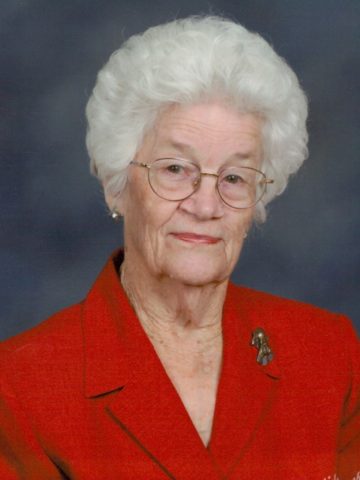 Thelma Leola Palmer, 96, of White House, passed away Friday, March 26, 2021. Born February 17, 1925 in Moore County, TN, Thelma was the daughter of the late Walker Cleveland Sawyer and Nannie Bettie Ashby Sawyer. She was also preceded in death by her husband, Robert Earl (Buck) Palmer; a son, Larry Wayne Butcher, Sr.; and her siblings, Opal Frame, Nell Johnson, Delta Wiseman, Maude McDonald, Bobbie Burns and J.W. Sawyer. She had worked as a cafeteria worker from 1969 to 1981 at White House High School where she impacted the lives of many students. She later worked from 1981 until her retirement in 1990 in housekeeping at Nashville Memorial Hospital. Her smile and empathy for the patients she encountered during those years was a benefit to many under the care of the hospital. She was a devoted wife, mother, grandmother, great-grandmother, sister and friend. She was also a woman possessing a deep faith in her Lord and love of her church family. She is survived by her children, Brenda Lamberth (Gary), Marsha Sherrill, Jeff Palmer (Grace) and Daren Palmer (Monica); her sister-in-law, Evelyn Guill; 13 grandchildren, and 24 great-grandchildren. A service in celebration of her life will be held at Temple Baptist Church, White House on Tuesday, March 30th at 1 pm. Visitation will be held at the church, Tuesday from 10 am until 1 pm. Burial will be at Hillcrest Municipal Cemetery, White House, TN. In lieu of flowers, donations may be made to the building fund at Temple Baptist Church or to a charity of one’s choice. Arrangements have been entrusted to Cole & Garrett Funeral Home, White House, TN.