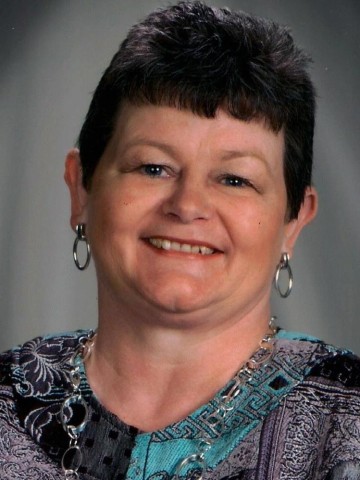 Departed on February 16, 2016 and resided in Goodlettsville, TN

Teresa Pauline Patton Kinn of Goodlettsville, Tennessee passed away at her home Tuesday, February 16, 2016. She was 55 years old.
Ms. Kinn moved to Tennessee from her childhood home of West Palm Beach, Florida. A 1978 graduate of Goodlettsville High School, she worked for the State of Tennessee as an administrative secretary until the birth of her son in 1992. Later, she worked at Madison Creek Elementary, first as a teacher’s assistant, and then as the library clerk. She retired in May 2014 after sixteen years of service to the school.
Ms. Kinn was diagnosed with triple negative breast cancer in June 2011, only a year after the sudden death of her husband. Her brave, bold fight of what she called “that demon cancer” inspired her family, friends and coworkers. In turn, Ms. Kinn said she found her greatest inspiration in the support of her coworkers.
Ms. Kinn is survived by her son, Zach Young; step-son, Brian (Jessica) Kinn; brother Rufus (Carol) Durham; grandsons, Zaidin & Zayne Kinn; and nephew, Jason Kinn. She is preceded in death by her husband, Daniel (Danny) Kinn; her parents, Howard & Bernadine (Hunnicutt) Patton; brothers Ricky, Larry, and Luke.
A memorial service will be held on Thursday February 18, 2016 at Cole & Garrett Funeral Home in Goodlettsville. Visitation with the family will be from 3-8pm Wednesday and pm until service time on Thursday. In lieu of flowers, please make a donation in honor of Teresa Kinn to the Triple Negative Breast Cancer Foundation at www.tnbcfoundation.kintera.org/teresakinn