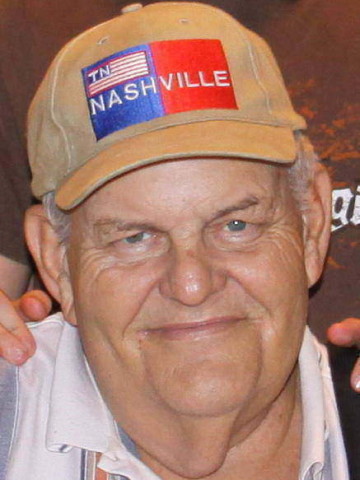 TAYLOR, Jerry L., 64 of Fairview passed from this life in to eternal life in the early hours of March 29, 2011. He is preceded in death by his mother Geneva Taylor and son-in-law Robert Green. He is survived by his loving wife of 46 years Linda Taylor and two children, Travis Donna Taylor of Nashville and Sheila Green and her fiance' Barry Bates of Fairview. He is also survived by his father and flea market companion Leo Taylor of Fairview. He was most proud of his seven grandchildren Josh Green, Jesse Taylor, Ashlee Taylor, Hunter Taylor, Zebe Green, Miley Green, and Baby Leo Barrett Bates due in July. The family would like to recognize Danny Wilson for his many acts of kindness during Mr. Taylor's illness. Mr. Taylor was a graduate of Fairview High school class of 1963 and Draughon's Junior College. He retired from Tennessee Building Products in 2000 and has since enjoyed the art of horse trading, setting up at the Dickson Flea Market with his father, and attending dances at Binkley's Junk Yard and the Bon Aqua Hoedown on a weekly basis. He was a faithful member of the Fernvale Church of Christ. The funeral service will be Saturday, April 2, 2011, 11am at Harpeth Hills Funeral Home with Travis Taylor, Carl Daugherty and Jesse Taylor officiating. Pallbearers will be Barry Bates, Josh Green, Jesse Taylor, Hunter Taylor, Zebe Green, Corey Stinson, Matt Sullivan, and Blake Sullivan. Honorary pallbearers will be Ashlee Taylor, Miley Green, and Keith Sullivan. In lieu of flowers, the family requests donations be made to: St. Thomas Hospital Foundation, 4220 Harding Rd, Nashville, TN 37205 or donations may be made at the website http://stthomas.org/donate. Donations will be made in memory of Jerry Taylor to benefit the Daughters of Charity fund to help patients and families in need. Interment at Harpeth Hills Memory Gardens. Visitation with the family will be Thursday, 1pm-8 pm and Friday, 9am-8pm at HARPETH HILLS FUNERAL HOME, 9090 Hwy 100, Nashville, TN 615-646-9292. www.afamilylegacy.com