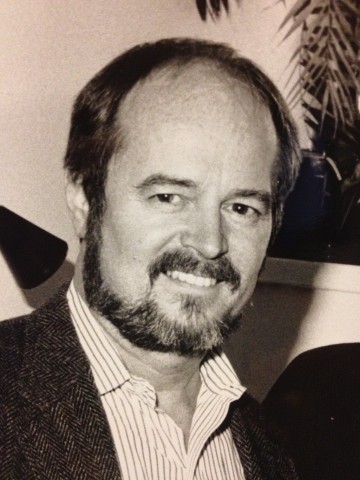 Departed on March 3, 2013 and resided in Nashville, TN

NASHVILLE, Tenn. — Dr. Timothy Norman Tappan, a Professor of Music Business at Belmont University who enjoyed a long and storied career on Music Row died on Sunday from the effects of a heart attack at his home in Nashville, Tenn. He was 67 years old.
Known for his wit, his kind eyes, and the open door to his campus office, Tappan became a much-loved figure in the Belmont University faculty, and a favorite among students over four decades.
Timmy was a musical prodigy who developed a soulful and longing sound at the piano from a very young age. He also played oboe, clarinet, flute, and tenor saxophone. He was a gifted athlete equally at home on baseball diamonds and basketball courts in his childhood home of Anderson, Ind. He played in the 1961 Babe Ruth World Series, he was drum major and valedictorian at Anderson High School, earned his bachelor of science degree from Ball State University, master of arts degree from Belmont, and Ed.D. from Trevecca.
His long and successful musical career included serving as musical director and producer for Bobby Goldsboro. He was musical director of the TV shows "Marty Robbins' Spotlight," "Nashville on the Road" and "The Bobby Goldsboro Show."
He wrote songs recorded by Mac Davis, Reba McEntire, Loretta Lynn, Crystal Gayle, Mickey Gilley, Michael Martin Murphy, Trisha Yearwood, John Denver, Kathie Lee Gifford, Mike Love and the Beach Boys, and Faith Hill. During his days in residency at Soundshop Studios, he wrote and produced jingles for KFC, Chiquita Banana, Dole, Hawaiian Tropic, Toyota, Captain D's, Coca Cola, Hanes, Minute Maid, the Arbor Day Foundation, PBS and Build-A-Bear Workshop. He arranged music for Kenny Rogers, B.J. Thomas, Dolly Parton, Dave Loggins, Bobby Gentry, Henry Mancini, Glen Campbell, Sonny & Cher, and Johnny Mathis.
Timmy earned two gold records and a No. 1 country award for his song, "Fool's Gold," recorded by Lee Greenwood. He arranged music for the Grammy Award-winning album, Sesame Country, and played on Ray Charles's album, "From the Pages of My Mind."
Timmy wrote two novels and a nonfiction book in addition to publishing widely on technology, ethics, and music business. He had a cameo appearance in the film "Sweet Dreams."
Timmy was an avid Carl Sagan fan, and one of his lifetime thrills was asking him, in the green room at the Johnny Carson Show, "Do astrophysicists have groupies, too?" Carl replied, "Yes, billions and billions and billions."
Timmy played with some of the greatest musicians of his time, but never dropped names. Unless, of course, you caught him with a cold Miller High Life and his feet in the sand at St. George Island, Fla. He made an epic Bloody Mary, had a sweet tooth for red velvet cake, ordered a Speedy Gonzalez at Las Palmas three times a week, and worked out at the YMCA before dawn almost every morning. He loved his five children, 12 grandchildren, and two great-grandchildren.
He loved food, he loved Cork Dry Gin, he loved music, the cosmos, his terrycloth bathrobe, detective novels, bad internet forwards, his motorcycle, cheesy jokes, Indiana Hoosiers, and listening to the big ideas of students and dreamers.
Despite his successes on the Row and on the road, Timmy's proudest accomplishments were in the classroom. While he loved teaching music business, his favorite class was Senior Capstone, the last class before students graduated into the world. In honor of his life and commitment to his students, a memorial scholarship fund has been set up in his name.
Gifts can be made to Belmont Univeristy's Office of Development or online at www.belmont.edu/give.
He is survived by his wife, Tama; daughters, Kim Tappan McClain, Kristan Tappan Mashburn, Kerri Tappan Egbert, and Kristen House, and his son, Ned Robertson; grandchildren, Caroline, Mary Kate and Jake McClain, Kristen Brewer, Samantha Novachek, Shelby and Alli Mashburn, John Gray and Nicholas Egbert; Holden, Shephard, and Harper House; and great-grandchildren, Emma and Aerie Belt; and his brother, Tom Tappan and his wife, Bonnie Tappan; and six nieces and nephews; and his nap-partner, Gracie the dog.
Family and friends will host a memorial service celebrating his life and music at 10 a.m. Saturday at Oceanway Studio 1200 17th Ave. South.
Arrangements handled by Harpeth Hills Funeral Home, 615 646-9292.