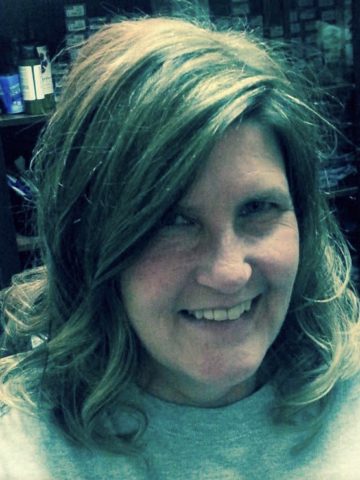 Departed on September 6, 2020 and resided in Springfield, TN

Suzanne P. Simmons, 53, passed away Sunday, September 6, 2020 in Nashville. Born June 6, 1967 in Louisville, KY, Suzanne was the daughter of Lois (Chandler) Harlow and the late Joseph Harlow. She was also preceded in death by her sister, Laura Jo Harlow. Suzanne cared for anyone she called family or friend and everyone she met was a friend. She was fiercely loyal, but at the same time gentle with a giggle and laugh that was infectious and a manner that couldn’t help but put you at ease. Suzanne was an old soul drawn to antiques, old houses, and family genealogy which was an interest shared with her father that took them on day trips to visit contacts and cemeteries across KY and TN as they attempted to piece together the fabric of her family’s history. Suzanne loved to drive. In earlier years, it was the power and speed of her ’88 Mustang, but in later years it was about the drive; more about the journey than the destination. She’d spend hours on a trip to nowhere in particular; but always come back with a good story to tell. This brief summary wouldn’t be complete without a mention of Suzanne’s love of animals; especially her ever-present horses and dogs that were a part of her life from the beginning. She was skilled and competitive on horseback and counted among her most valued and lasting friendships those developed in stables, pastures, and countless competitions and shows involving her, Tos, Caroline and their stable of equine family members. Suzanne had a life well lived. For those blessed to have called here wife, mother, daughter, sister, friend or co-worker we’re all the better for it. Suzanne is survived by her husband, Thomas O. Simmons, Jr.; her daughter, Caroline Simmons; her mother, Lois Harlow; her brother, Craig Harlow; a step-son, Boone Simmons; half-sister, Tress Harlow; half-brother, Brent Gaubatz; step-mother, Jane Harlow; and extended family members and many friends. A celebration of life service for Suzanne will be held Monday, September 14th at 5 pm at Cole & Garrett Funeral Home, Goodlettsville, TN. Visitation will be held at the funeral home Monday from 3 until 5 pm. In lieu of flowers, memorial contributions may be made to Alive Hospice or any local animal shelter that provides care and adoption opportunities for animals in need.