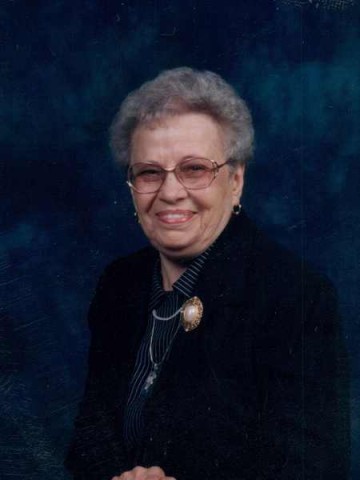 Departed on December 9, 2012 and resided in Hartsville, TN

STONE, Martha L. Age 85 of Hartsville went to the Lord on December 9, 2012 surround by her family. Mot as she was known by was a very giving and kind hearted woman. It was very rare that she didn't have a smile on her face. She was the type of woman that hadn't ever met a stranger. She loved kids, crocheting, cooking, keeping the house neat and clean, but most of all her family. She was a life long member of Missionary Baptist. She was fine woman that will be sorely missed by all who knew her. Preceded in death by her mother, Arvile M. Stafford Porter; father, Gilliam A. Porter; 5 sisters; 1 brother. Survived by her greatly devoted husband of 60 years, Charles F. Stone, Sr.; sons, Charles F. Stone, Jr. and Dean Gammons Kitty; niece, Phyllis Shoulders Ricky; sister, Dortch Haliburton; grandchildren, Desiree Drury Dan, Deshea Davis Jeff, Jason Gammons Desiree; great-grandchildren, Meagan Broadfield, Rylie Davis, Brady Davis, Dane Drury & Damian Gammons. A Life Celebration will be held 11am Tuesday December 11, 2012 at Crestview Funeral Home with burial to follow at Crestview Memory Gardens. Family and friends will serve as pallbearers. Visitation will be 4pm – 8pm Monday at CRESTVIEW FUNERAL HOME 1623 HWY 109 N GALLATIN TN, 37066 615-452-1943 crestviewfh.com