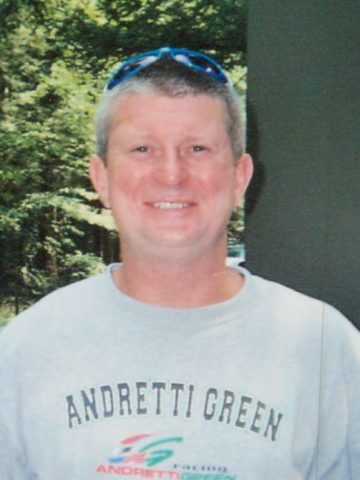 Steven Michael Bezlay passed away peacefully at his home on November 30, 2016. Steve was 54 and lived in Hendersonville, TN.  He was born in Granite City, Illinois on October 23, 1962.

Steve’s career began with the Air Force when he served as a Wideband Communications Equipment Specialist and instructor for the United Air Force from July 1982 until 1986. Throughout the years Steve has worked for Aerospace Technology, owned his own electric company, Joy Electric, worked for MCI/WorldCom and the most recent employer was XO Communications, where he was a Network Planning Engineer for many years. Steven was recently christened at St. James the Less Church in Madison.

Steve was always thoughtful and generous towards others. Steve was a kind-hearted, loving father, son and brother. Steve was also a great friend and neighbor. He loved car racing, WWII documentaries, football, cooking, music, and spending time with family.

Steve was preceded in death by his mother, Muriel Kay (King) Bezlay and his father, Rudolph Louis Bezlay, beloved cousins Eddie, John, and Lynn Mikolaszuk, Aunt Rowena Mikolaszuk, and Uncles Garrett, Garland, and Val King. He is survived by his two daughters Lindsey Bezlay of Woodridge, Illinois and Janelle Bezlay of Cedar Rapids, Iowa, two grandsons of Cedar Rapids, Iowa, three sisters, Anne Maassen of Peoria, Illinois, Barb Waring of Bettendorf, Iowa and Susan Bezlay of East Moline, Illinois, his ex-wife Jennifer Schutte Lewandowski of Woodridge, Illinois, and many many friends who loved him and will miss him dearly.

A gathering of friends and family will be held on Tuesday, December 6, 2016 at the Cole & Garrett Funeral home in Goodlettsville, Tennessee.  In lieu of flowers, donation towards Steve's final expenses would be most appreciated.