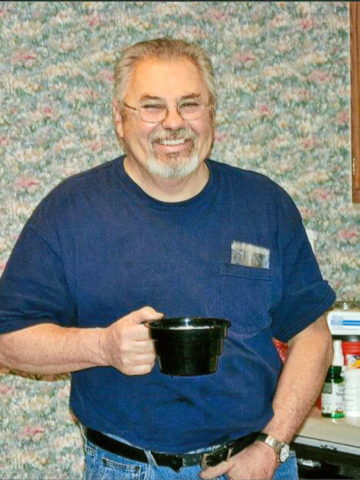 Mr. Steve Hazelwood, 67, of LaVergne, passed away peacefully on April 17, 2017. He was born on December 21, 1949 to the late Sherman and Joann Hazelwood. He is also preceded in death by granddaughter, Morgan Wade; sister, Vickie Hackler; and brother, Michael Hazelwood.
Steve enjoyed spending a majority of his time bowling with the Senior Bowling League of Smyrna, and playing bowling on the Wii with his family. Steven retired from Penske Truck Leasing after 25 years, in the Army for 9 years, and a proud Vietnam Veteran. He loved all Tennessee sports; especially Tennessee Titans and Nashville Predators. He also loved to spend time doing some fishing. He would spend afternoons on his back porch on the swing being the “neighborhood watch.” He also loved his faithful companion, his dog, Oliver. He was also a member of the VFW. He was a big family man and loved spending time with his family. He was a loving husband, father, grandfather, and brother.
He is survived by his loving wife of 48 years, Linda Hazelwood; daughters, Michelle (Doug) Trott and Lori (Kenny) Hall; son, Steven (Stephanie) Hazelwood, Jr.; six grandchildren, Brett, Cody, Shelby, Jaicea, Riley, and Abby; eight great grandchildren; brother, Scott Hazelwood; sister, Shari Darling, and several nieces and nephews.
A life celebration will be held 1pm Friday, April 21 at Cole and Garrett in White House. Visitation will be on Thursday from 2-8pm at the funeral home and from 11am until service time.
Family asks that In Lieu of flowers, donations may be made to Jaden Wade’s trust fund at Farmers Bank in White House.