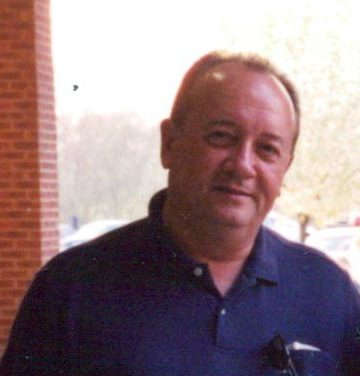 Departed on January 2, 2018 and resided in Goodlettsville, TN

Steve Dwight Spencer, 69, of Goodlettsville died Tuesday, January 2, 2018. Born in
McMinnville, TN, November 12, 1948, he was the son of the late Charles and Ola (Childress)
Spencer. Steve was a Vietnam era Army veteran and served in Wurzburg, Germany. Early in
his working career he worked with his father and brothers building houses. He later owned and
operated a home improvement business and for 14 years he had also worked for Dupont. Steve
was a big fan of Elvis Presley and was also very interested and involved in racing. He drag
raced at Union Hill and followed Bill Elliott in Nascar. Steve was a diehard Ford man. Foremost
in his life was his family. Steve loved being with children, especially his grandchildren. An
outgoing and friendly guy he made friends of many strangers he met along his lifes path. In
addition to his parents, Steve was preceded in death by brothers, Sam Spencer and Dan
Spencer. He is survived by his former wife; Betty Tidball; his children; Steve Spencer II and his
wife Desiree English-Spencer, Suzanne Tidball, and Stephanie Lampkin and her husband Jeff;
his grandchildren Andrea Cothran, Kody Tidball, Braden Lampkin, Brittany English-Spencer,
Steve Spencer III, David English-Spencer, and Tristan English-Spencer; his great grandchildren
Shyanne Cothran, Kevanna Cothran, and Axel Brewer; his brothers Charles Spencer Jr. and his
wife Paulette, Doug Spencer and his wife Judy, and Gary Spencer and his wife Kathy; his
sisters-in-law; Sophia and Sally Spencer; his aunt; Doris Smith; and several nieces, nephews
and cousins including Barbara Hodges and Rhonda Thomas. Visitation for Steve will be held at
Cole & Garrett Funeral Home, Friday from 2 – 8 PM and Saturday from 10 AM – 12 noon. A Life
Celebration service will be held at Ivy Point Church of Christ, Saturday at 1 PM followed by
interment at Ivy Point Cemetery.