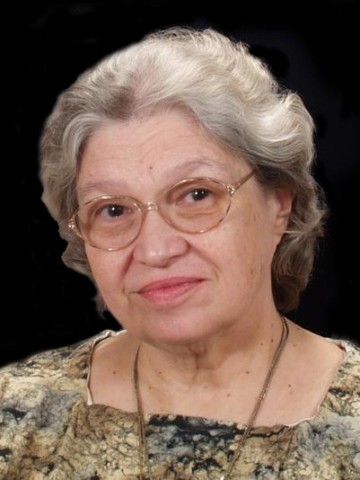 Laurel Coleman Steinhice crossed over into Eternal Light on May 13th at her home in Nashville. Born Feb. 3, 1936, in Chattanooga, she spent much of her early childhood on Signal Mountain. In her teenage years, she lived in postwar Berlin, Germany, before returning to the U.S. to attend Peabody College. There she met and married Bill Steinhice, and the couple moved to Chattanooga in 1954. She had lived in the Nashville area since 1978.

Laurel led a rich and colorful life. As a teenager she was among the few American dependents to endure the hardships during the Berlin Airlift 1948-49. She spent a decade managing the Hixson Pike Fire Department and was very active in civic and political affairs in the Chattanooga area, as well as the Eastern Star and Ladies' Shrine. Her hobbies ranged from bowling to breeding Abyssinian cats to growing orchids to creating and selling mosaics made from scrap industrial ceramics. After her husband's death in 1977, she moved to Nashville, where she later ran for the U.S. House of Representatives as the 1982 Republican nominee in the 5th District. She also managed a barter exchange and worked for the Hymnal Revision Committee of the United Methodist Church. She spent her later years as a metaphysical counselor, psychic, spirit channel, Reiki master, and teacher of natural healing, and she was ordained as a minister in the Christian Churches of St. Thomas in America.

From a life-long passion for writing, her published works include "Marion", a biography of her mother, Marion Coleman, and "Marion's Child", a memoir of her own youth, as well as several metaphysical books, most recently "Klaus Dona: Digging for Answers, Finding More Questions". With her son Charles, she also co-authored "No Denial", a volume of historical photos from the liberation of concentration camps accompanied by the original captions written by her mother. She was a featured speaker at the Alliiertenmuseum Allied Museum in Berlin at the opening of their 2009 exhibition, for which she served as a consultant, which focused on her mother's tenure in the U.S. occupational government.

But Laurel was proudest of her role as a wife and mother. She was preceded in death by her parents, Marion Skeen Coleman Peck and Walter Welch Coleman; her husband, Francis Carroll "Bill" Steinhice; and a son, David Christopher Steinhice died 12/23/2010. She is survived by a half-sister, Phyllis Adams, of Portland, OR; two half-brothers, John Coleman and Walter Coleman Jr., both of Springville, AL; two daughters, Jessica Lynne Bruce Mathews of Stanley, VA, and Marion Eileen Steinhice of Nashville; a son, Charles Carroll Linda Matthews Steinhice of Chattanooga; two granddaughters, Ansley Marie Steinhice and Rebecca Ann Steinhice of Chattanooga; and a grandson, Eric Timothy Mathews of Stanley, VA.
Marion Laurel Coleman Steinhice was a strong, beautiful, bright, interesting, articulate, lively, insightful person who will be sorely missed by many people. But as we mourn our loss we are also joyful for her, for she is now reunited with her beloved Bill, other family members, and friends in God's Light, to carry on His glorious works. Visitation will be Friday, May 20th, 4-8 p.m. Life Celebration Service will be Saturday, May 21st, at 5 p.m. in the Chapel.
WEST HARPETH FUNERAL HOME 6962 Charlotte Pike, Nashville, TN 37209. 615352-9400.