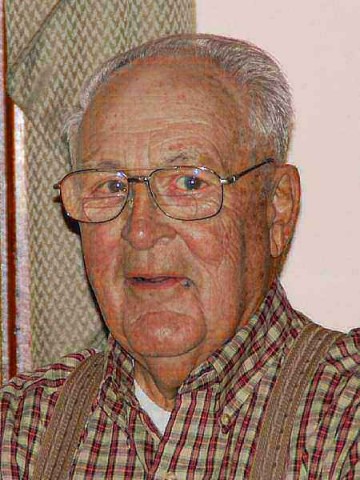 Departed on October 23, 2010 and resided in Nashville, TN

SIEMER, Harley Henry, Age 82 of Nashville, October 23, 2010. Preceded in death by his wife of 38 years, Frances Smith Siemer. He is survived by his daughters, Teresa Siemer and her fiancé Sam Eldridge, Cindy Siemer Moore, and Marcia Simonetta and her husband Rusty; granddaughters Lauren and Meghan Moore; grandsons, David and Brandon Simonetta; sisters, Marjorie Hoffman and Gloria Aanenson and her husband Gordon; brother, Dennis Siemer and his wife, Vivian; many nieces and nephews; and close family friends, Chase Evans, Chris Evans, and Courtney Evans Carder. He was born in Grand Prairie Township, MN, and graduated from Ellsworth Public School and the Kahler School of Nursing in Rochester, MN. He was retired from the Tennessee State Department of Corrections. Harley was a long-time volunteer for the American Red Cross and, for the past 14 years, he dedicated countless hours to the Nashville Area Habitat for Humanity. As a volunteer Supervisor On Site, he worked on almost 350 houses and inspired hundreds of volunteers with his commitment and good humor. Over the years, he received several awards for voluntarism, including the Bank of America Neighborhood Excellence Initiative 2010 Local Hero Award, given in a special ceremony on October 22. He was a member of Masonic Lodge # 612 and Westminster Presbyterian Church. Funeral Service will be 11:30am Tuesday at Westminster Presbyterian Church 3900 West End Ave. with Rev. Carson Salyer officiating. A private interment will follow at a later date. Visitation will be 4:00pm – 7:00pm Monday at the church, as well as 10:00am until time of service on Tuesday. Memorial contributions may be made to Alive Hospice, American Red Cross, Nashville Area Habitat for Humanity, or a charity of one's choice.
HARPETH HILLS FUNERAL HOME, 9090 Hwy 100, Nashville, TN 6156469292 www.afamilylegacy.com