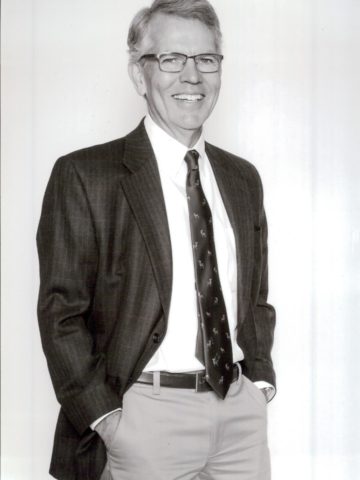 Samuel Alan Carlan, 67, of Gallatin, went to be with Jesus on Tuesday, December 1, 2020. Born in Salisbury, NC, December 20, 1952 he was the son of the late Delmer Carlan and Lenora Young Johnston. Samuel was also preceded in death by a brother, Steve Carlan.
He and his wife, Marcia, met at Trevecca Nazarene University in Nashville, TN. Later they transferred to Virginia Tech and were married in 1974. Sam earned his Master’s degree in Forest Economics after which he began a lifelong career with International Paper Company and worked in several locations. Their beloved son, Josh, was born in 1984.
In 1989 Sam was transferred to the Corporate office in Memphis, TN. After 36 years with IP he retired in 2014. Following his retirement Sam and Marcia moved to Gallatin, TN where they became members of Goodlettsville Nazarene Church.
Sam was a devoted Christian. His faith, family, and friends were his greatest joys. Throughout his life Sam served in many ministries with his church including being church treasurer and secretary of the board. He loved being a part of several mission outreaches to other countries.
Sam, Marcia, and Josh traveled on many vacations that he lovingly planned in great detail. He loved nature, camping, hiking, biking, canoeing, and exploring almost all of the national parks. Sam also enjoyed woodworking, Civil War history, and reading---especially his favorite author, J. R. R. Tolkien. He was a huge fan of Virginia Tech football.
Sam had an easy-going personality and always saw the best in everyone. He loved talking with people and his dry sense of humor was endearing. He was a loving and devoted husband and father as well as being a dearly loved brother, son, grandson, and uncle. He made people smile everywhere he went.
He is survived by his wife of 46 ½ years, Marcia Carr Carlan; his son Joshua Alan Carlan; brothers, Stan (Claudette) Carlan, John (Lisa) Johnston and Fred (Sue) Johnston, Jr.; sisters, Sharon (Rick) Brown, Joni (David) Brice, Judy Johnston, Darlene (Terry) Geiser, and Gail (Tony) Guerrero; sister-in-law, Diane Carlan; and numerous nieces and nephews. A celebration of life service will be held at GoodNaz Church at a time to be announced. In lieu of flowers a donation may be made to the Lewey Body Dementia Association (lbda.org) in memory of Sam for their ongoing research. The family wishes to thank Brookdale Memory and Dementia Care in Goodlettsville for their loving care during this past year and Adoration Hospice for making his last few months comfortable.
Sam will be greatly missed by everyone who knew and loved him. But we celebrate HIS joy in knowing he is now smiling with Jesus.