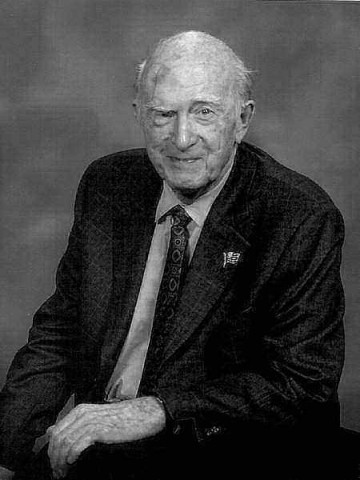 Departed on October 26, 2011 and resided in Nashville, TN

RUTHERFORD, Dr. Samuel Kenneth. Retired Nashville dentist Ken Rutherford died at his home Wednesday morning, 10/26/2011, suddenly and unexpectedly, albeit after a decade of ill health. He will be sorely missed by family and friends. He is survived by wife Mary Louise Manlove Rutherford; children Sam Rutherford Susan, Kate Wilkins Rod and Susan Gianikas John; grandchildren Sam Rutherford, Will Rutherford, Lyn Rutherford, Lilly Gianikas, and Paul Wilkins; sister Marion Gaffney of Jackson, TN, and cousin D Johnson of Lacona, WA. He was preceded in death by his mother Ann Evans Rutherford, father Samuel A. Rutherford, grandparents Kenny and Monte Evans, and beloved friends Jerry Tichenor and Nick Daugherty.Ken was proud to have attended Duncan Prep School in Nashville, of which he has told a wealth of amusing stories. He wishes to thank Mr. Marvin Duncan, Mr. Benjamin Abernathy, Mr. Robert Brock, and Dr.Alvis Holliday for their excellent instruction and guidance. At Duncan, he was president of his class for two years, president of the honor society his senior year, captain of the football team, and played on the baseball team as well. He was graduated from Duncan on a Friday night in the spring of 1944 and reported for duty with the US Army, at the age of 17, on the following Monday. Though Ken was initially assigned to an officer training program at the University of Alabama, the army subsequently decided it had a greater need for foot soldiers than for officers. In WWII his company were the first Americans to land on Leyte in the Philippines during the decisive battle of Layte Gulf. Working alone, his company captured Tacloban Airfield which proved to be a critical asset for US planes during this battle. General MacArthur sought out the company and spoke with him while hostilities were still proceeding. He awarded Ken and the company silver stars with oak leaf clusters for their efforts. After MacArthur was established in Tokyo, he sent for Ken's company to serve with him there at his head quarters. Ken was further honored when MacArthur asked him to accompany him as part of his guard into the Imperial Palace grounds when the General went to meet with Emperor Hirohito. After the war, Ken finished his education, graduating from UT Dental School in Memphis. He practiced dentistry in Nashville for nearly 50 years, retiring in 2000. He is fondly remembered by literally hundreds of former patients. Ken narrowly escaped death in 1958 following a serious auto accident. The family wishes to remember here the number of local dentists who took care of his practice, and not only turned it back over to him intact after nearly a year of convalescence, but even remitted all the fees to his young family during this difficult time. In earlier years, he was an Eagle Scout, an excellent golfer, a hunter, and a fisherman. He frequently enjoyed the company of many close friends who knew him as an accomplished practical joker. More recently, he was an enthusiastic member of the Bellevue Church of Christ and cherished the many associations he found there. Funeral services will be 1:00 pm Saturday at Bellevue Church of Christ. Burial to follow at Harpeth Hills Memory Gardens. Pallbearers: Sam Rutherford, Jr., Sam Rutherford III, Will Rutherford, Paul Wilkins, John Gianikas, and Rod Wilkins. Honorary pallbearers: Chaddy Baker, Les Doss, RK Galloway, Charlene Ward, Lois Bracy, Jim & Patty Moon, members of the Bellevue Church of Christ Men's Bible Class. Visitation Friday 5:00- 7:00 pm at Harpeth Hills Funeral Home and 12:00- 1:00 pm Saturday at the church. Memorial contributions may be made to Bellevue Church of Christ or the charity of you choice.HARPETH HILLS FUNERAL HOME, 9090 Hwy 100, Nashville, TN www.afamilylegacy.com