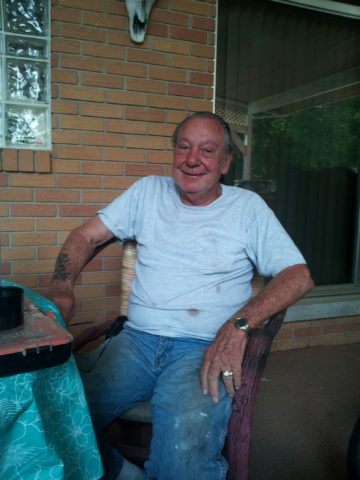 Ronald William Adams was born April 26, 1942 in Youngstown, Ohio. He was the third born child of Vaughn P. Adams, Sr. and Margaret Violet Sinkovitz. Ron was married to Joan Lawver in Bullhead City, Arizona and later lived in Manchester, Tennessee.

Ron was an Army veteran of both the Korean Conflict and Vietnam War in the position of Staff Sergeant assigned to the vehicle compound, where he found his true love and passion for vehicles. He was a Precinct Chief of the University of Chicago Police Department, owner of a successful trophy/engraving business. Later, he transported felons with the U.S. Marshall Service. This is where he met his wife, Joan, also a Federal Marshall. Ron was a hard working and effective investigator wherein he retired in 2001 from BTI Consultants in Tempe, Arizona.

Ron took pride in always finding a good deal, collecting and working on anything having a motor, engine or wheels, and most recently, his watch making and engraving interests. Ron was a devoted son, husband, father, brother and friend to many. He demonstrated throughout his life a strong work ethic, infectious laughter, hospitable, generous, and always willing to lend a hand. His friends and family gathered often to enjoy Ron’s comical stories, good food, lots of beer and laughter.

He was preceded in death by his mother, father and loving sister, Alberta Kontos. As a note, Ron was also a great-grandson of John Adams, Sr. and John Adams, Jr., both Revolutionary War patriots from Washington Township, Westmoreland County, Pennsylvania.