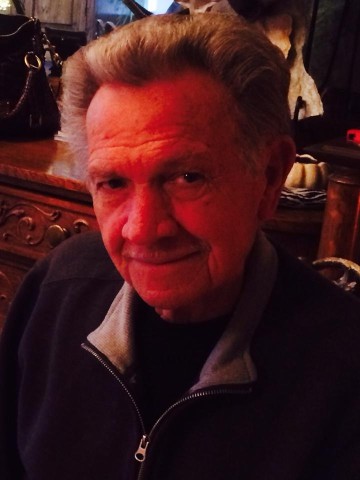 Departed on December 21, 2014 and resided in Goodlettsville, TN

Ronald Eugene Palmer was born on February 23, 1940 in Lakin, Kansas to Harry and Thelma Palmer. And passed away on December 21, 2014 at age 74.
Ronnie grew up in Western Kansas on a wheat farm. This was a true family farm when you became active in the operations of the farm at a very early age. Ronnie loved baseball, basketball and received many awards but most of all he loved music. While still in grade school he began a love affair with the guitar that only ended at his death. Ronnie and his Dad would play at the community Friday Night Dances. His Dad played the fiddle and Ronnie the guitar and two other neighbors would play the piano and drums. What a wonderful time of his life.
On September 10th, 1960 Ronnie married his high school sweetheart, Judy Thornburgh. And they had 54 wonderful years and two fantastic children, Caprice and Ronnie Dale.
Ronnie did many things in his life, He was a barber, salesman, Antique dealer and owner of The Enchanted Florist but through it all his music was his passion.
Ronnie is survived by his Wife, Judy, Daughter Caprice Palmer, Son, Ronnie Dale Palmer, Daughter-in-law, Stephanie Palmer, and two Grandchildren, Morgan and Landon Palmer.
He was preceded in death by his parents and two brothers, Norman and Kenny.
A celebration of Life will be held Sunday, December 28th from 2:30 to 5:30 at Riverwood Mansion, 1833 Welcome Lane, Nashville.
In Lieu of flowers donations may be made to W.O.Smith Music School, 1125 8th Ave. South, Nashville, Tn 37203.