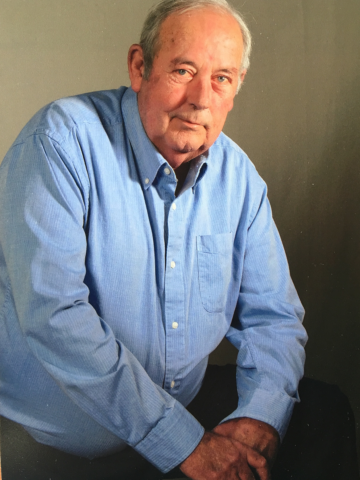 Mr. Roger Lee Hummel of White House, Tennessee passed away Sunday, May 7, 2017 at the Centennial Medical Center in Nashville, Tennessee. He was born June 3, 1947 in Goshen, Indiana to Lester and Hazel Eisenhour Hummel.
He was preceded in death by his parents and son, Michael Scott Hummel.
He is survived by his loving wife of 50 years, Cheryl Duncan Hummel; son and daughter-in-law, Kevin and Kathy Hummel; daughter and son-in-law, Heather and Ryan Rickert; brother and sister-in-law, Keith and Susan Hummel of New Windsor, MD; grandchildren, Brandon, Shelby, Kirsten, Carly, Casey Hummel, Kaylie Rickert and step-grandson Zach Pollock; nephew, Andy Hummel of Newman, GA and Amanda Pedrick of Delaware City, DE; and some very special "buddies" Roy, Bill, Buddy, Charlie and Tommy.
Mr. Hummel moved to this area from Goshen, Indiana in 1956. Mr. Hummel graduated from Nashville Auto Diesel College and worked as service manager for 40 years in the rock crushing industry, primarily with Southern Machinery Company.
He never met a stranger, although when he first met someone he would tell them he was shy (which was the fartherest thing from the truth), he made many friends throughout the United States. Roger was a good mechanic and enjoyed working on cars, he was a NasCar fan and he loved to play golf. He also played the piano and coached T Ball and basketball.
A Celebration of Roger's life will be held 11:00 a.m. Thursday, May 11th at Cole & Garrett Funeral Home with Bro. H D Jones from Temple Baptist Church officiating. Interment will follow at White House Memorial Gardens in White House, Tennessee. Serving as Active pallbearers will be family and friends, Jason, Brad, Troy, Andy, Jimmy, Mike, Josh, Zach, Brandon. Honorary pallbearers will be friends from Southern Machinery Company, Chris Hurt and Joey Elkins.
The family extends a special thank you to doctor's McRae, Wheatley, Jones and their staff and to the caring nurses of Centennial Heart ICU.
Visitation will be Wednesday, May 10th from 2:00 p.m. until 8:00 p.m. and Thursday one hour prior to the service.
Memorial contributions may be made to the American Cancer Society or to the Diabetes Foundation.
Cole & Garrett Funeral Home, 212 Hwy 76, White House, Tennessee 615-672-3936 is honored to care for Mr. Roger Lee Hummel and his family.