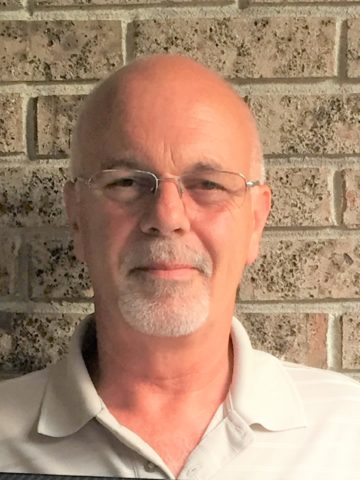 Departed on June 18, 2020 and resided in Hendersonville, TN

Rodney Lee Jones was born on Mother’s Day, May 10, 1953 in Chillicothe, OH, the third and last son of Arthur L. and Mary L. (Pine) Jones. He was preceded in death by his mother in 1999 and is survived by his father in Chillicothe who just turned age 97. In addition to his father, Rod leaves behind his wife Carolyn, son Josh (Kelley), granddaughter Willow (who lived with him from age 13) and grandson Braden of the Hendersonville, Tn area, and his two brothers Larry (Ann) and Marvin (Ruth) of Chillicothe, OH.

Rod’s lifelong attraction to almost anything mechanical began before he was a teenager when he worked in the Phillips 66 gas station near his home at Bridge and Water streets in Chillicothe changing oil, pumping gas and fixing tires. His leadership qualities were nurtured when he became president of his Distributive Education of America Club (DECA) at Chillicothe High School from which he graduated in 1971.

On November 18, 1972 he married his Paint Valley sweetheart Carolyn Stauffer at Bainbridge Church of Christ and started a journey that would last 47 years. His first time in Tennessee was to attend the Nashville Auto-Diesel College from which he graduated in 1972. He later would serve on the college’s advisory board and was inducted into the school’s Hall of Fame in 2002.

He returned to Chillicothe after graduation and became one of the first 100 or so employees of the new Kenworth Truck Company plant. After stints as cab paint supervisor and quality assurance superintendent, Rod and Carolyn packed up Josh and moved to the Atlanta area in 1988 to be a district service manager where his territory included several states.

Lured away by a former boss in 1997, Rod took a similar position with Freightliner and moved the family to the Nashville area, settling in Hendersonville, TN in a home from which he never moved. Rod retired in April 2016 but continued to work in his tricked-out garage with Josh helping alongside him on any vehicles brought to them by their many friends. There was hardly a job he and Josh wouldn’t tackle.

Rod was active in the Hendersonville Church of Christ, always helping where needed. Rod also loved NASCAR, having attended several races and was glued to his TV on race days. When he retired, his fellow employees gave him, as a gift, a seat in a stock car and several solo laps around Nashville Super Speedway.