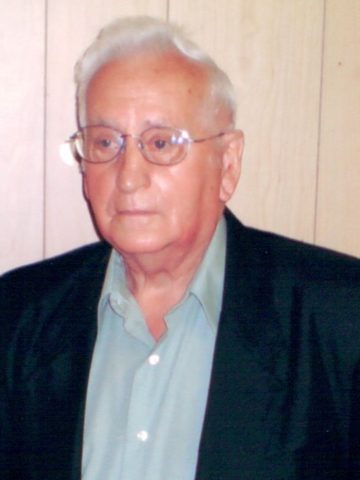 Departed on May 19, 2020 and resided in Goodlettsville, TN

Robert Roy “Bob” Galbreath, 96, of Goodlettsville passed away Tuesday, May 19, 2020. Born, July 2, 1923 in Akron, OH, Bob was the son of the late Edward Carter Galbreath Sr. and Lucille Derseweh Galbreath. Bob was also preceded in death by his wife, Mary Ella (Allen) Galbreath, and two daughters, Donna Galbreath Benek and Kristie Jo Galbreath. Bob graduated from Goodlettsville High School with the class of 1941. He served in the Army Air Corps during the Second World War achieving the rank of Staff Sergeant by the time of his discharge in 1945. Following his military service he bought a grocery store in Union Hill which he operated for many years. A well-known and admired man within the community he later started an income tax service which grew as a business as well. Bob received his real estate license and had worked with Joe Adams among others, and was also a published author of three short stories in addition to the “History Of Union Hill Baptist Church” which he had been a member of for many years. Bob is survived by his son Maxie B. (Marty) Galbreath; his daughter, Kelly Galbreath (Monty) Mendenhall; three grandchildren, Britt Galbreath, Paula Lampman, and Jason Ayers; four great-grandchildren, Austin Ayers, Abby Lampman, Will Ayers and Alyssa Ayers; his brother Ed Carter Galbreath, Jr. and several extended family members and many friends. A life celebration service will be held at Cole & Garrett Funeral Home, Goodlettsville on Tuesday, May 26, 2020 at 3 PM. Visitation will precede the service from 1 until 3 PM. A private family burial will be held at a later date.