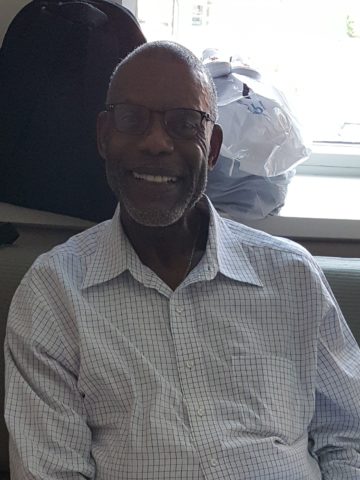 Robert Lee Vaughn (Bubba), 71, of Goodlettsville, Tennessee passed away on Tuesday July 10th 2018 at his residence in Memphis, Tennessee with his daughter and close friend by his side. He was born on July 12th 1946 to the late Ernest and Beatrice Vaughn. He was the only son of six children. Where those Sunday mornings when Beatrice had all the children singing, he knew he was to lead his song “Does Jesus Care”.
Robert is survived by his estranged wife Johnnie Melton-Vaughn. His five children Christalle (Eric) Morris, Robert L. Vaughn Jr., Crystal Vaughn, Christina Vaughn, Queenie (Edward) Gray, along with 12 grandchildren and 4 great-grandchildren. He also leaves behind 4 siblings Wanda Storey, Theresa Vaughn, Ernestine Vaughn and Rose Mary Vaughn and a host of nieces/nephews and cousins.
He entered in to the U.S. Air Force right out of High School and was given the opportunity to see the world and serve his country. He served six years and was honorably discharged where he then started his journey to Chicago, Illinois to be with his older sister Mary Maxine Lauderdale who preceded him in death. He was a jokester and always loved to see everyone smiling. He loved his mother and was a very peaceful/praying man. He read his bible daily and applied it to his life. He was always so eager to learn and loved to read. He became more physically active after his battle with heart issues several years earlier. He was focused on becoming a more healthier, happier person. He stayed active with his morning walks at the Southland Mall where he didn’t mind sharing the Lord with others and kept up with his daily routine to the Kroc Center where he finally learned how to swim. He was far from a prideful man but he was very proud of all his new accomplishments. He was a very active member at Castalia Baptist Church in Memphis, Tennessee where he was a joyful and loving bus driver for the youth group and seniors of the congregation. When he was passing he stated that he was not leaving us. He was at peace and unafraid for the joy of the Lord was upon him.
Robert never met a stranger. He could strike up a conversation with anyone and win them over as a friend. Lord you have brought home a talker.