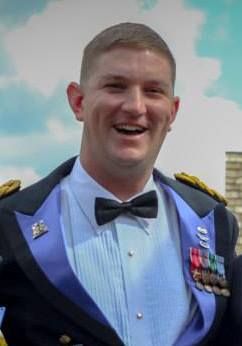 Captain Robert Austin Ridley, Passed away March 16, 2014 at age 31. He is survived by his wife, Amy Haire Ridley; mother, Rosalyn Ridley; father, Stephen (Sharon) Ridley; sister, Stephanie LeJane Ridley; brother, Justin Wade Ridley; step-sister, Julie (Jeremy) Campbell; nieces, Makenzie and Brylee Campbell along with aunts, uncles, and cousins. Captain Ridley was a graduate of Hunter's Lane High School and UT Martin. He began his career as a Marine in 2001 and cross-commissioned into the Army during college where he graduated as an officer. As a 2nd Lt. he attended flight school at Ft. Rucker, AL, and graduated in 2006 as an Apache pilot. He became Captain in 2008 and served two tours in Afghanistan. Captain Ridley's awards included Bronze Service Medal, Posthumous Meritorious Service Medal, Air Medal with Valor and three Army Commendation Medals among various other military recognitions. He was loved and will be greatly missed by the countless lives he touched. Funeral service will be 10 am Saturday at Cole & Garrett Funeral Home, Goodlettsville with visitation from 8am until service time. Interment will be at 3pm at Shiloh Cemetery in McKenzie, TN with military honors. In lieu of flowers, donations may be made to the Wounded Warrior Project https://support.woundedwarriorproject.org