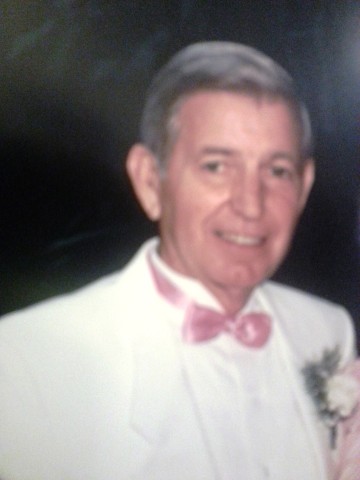 Departed on November 9, 2014 and resided in Goodlettsville, TN

Richard High Grisham (Dick) age 88 of Goodlettsville passed away peacefully surrounded by his loving family at Sterling House Assisted Living into the arms of his Lord and Savior on Sunday, November 9, 2014. He was preceded in death by his parents James Herman Grisham and Bertha Lindsey (Holmes) Grisham and seven siblings. He is survived by his wife of 69 years Martha Ellen Jordan and four daughters Elaine “Candy” (Dewey) Turner, Sherry Ann (Jim) Miller, Vickie Jean (Mike) Newbern and Crystal Wynn(Jere) Brassell; his grandchildren Sonny (Cindy) Miller, O’Neil (Tenisha) Sloan, Jordan (Emily) Sloan, Lori (Brian) Johns and six great-grandchildren.
He was a veteran of WWII; served honorably as a paratrooper in the United States Army; received a Bronze Star and a distinguished sharp shooter award. Mr. Grisham was present in Pearl Harbor when the WWII Peace Treaty was signed. He was a 32nd Degree Mason and worked at the DuPont Rayon plant in Old Hickory for 10 years and retired in 1993 from the Nashville Ford Glass Plan where he worked for 39 years. He was a long time member and deacon at Alta Loma Baptist Church (Faith Baptist). Fishing, hunting, and following the University of Tennessee football team were among his many interests. Mr. Grisham and his wife Martha traveled extensively throughout the United States.
A celebration of life will be conducted at 12:00 pm on Tuesday, November 11 at Cole & Garrett Funeral Home in Goodlettsville. Burial will be at Forest Lawn Memorial Gardens immediately following the service. Visitation will be on Monday, November 10 from 4:00 pm to 8:00 pm.
The family would like to sincerely thank the staff of Sterling House Assisted Living Community and Avalon Hospice for their loving care.