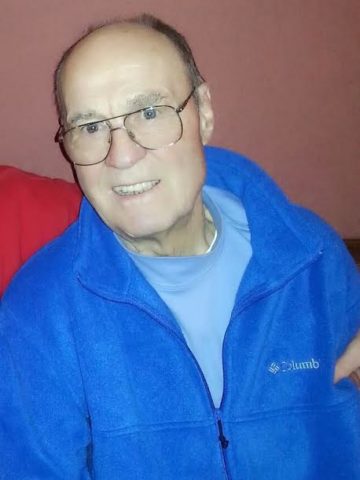 There will be a memorial service held in his honor at 6:00 pm on Thursday, March 30 at Goodlettsville Church of the Nazarene, 400 Loretta Dr, Goodlettsville, TN 37072.

Richard (Dick) Wolthers was born in Williamsville, New York to Louis and Sophie Wolthers on September 30, 1933. During his childhood, his family moved to Redlands California, where he graduated from Redland High School as a standout wrestler and football player. After spending his early life serving in the Army during the Korean War, he returned home and became a golf professional in The Dalles, Oregon. He later moved to Silver City, New Mexico and became a successful restaurant owner and entrepreneur. Shortly after moving to Silver City, he met and married Nora Dillon on July 11, 1975, the love of his life. Together, they raised their son Andrew, and continued living in Silver City until 2005 when they decided to follow their grandchildren to Goodlettsville, Tennessee. Once in Tennessee, they joined Goodlettsville Church of the Nazarene enjoyed the later years of his life golfing and fellowshipping with family and friends. He was the kind of guy who never met a stranger and was the most genuinely kind-hearted man our family has ever known.

Richard is preceded in death by his father, Louis; his mother, Sophie; his brother, William; and his daughter, Wendy.

He is survived by his wife, Nora, their son Andrew and his wife, Lindsay, and children Brad Wolthers and Bobbie Wolthers Farwell; as well as five grandchildren; Sarah, Rian, Heather, Asher and Lucas.

The family of Richard Wolthers wishes to extend our sincere thanks to the staff of Skyline Medical Center and Alive Hospice, as well as the staff of Cole & Garrett Funeral Homes and Good-Naz Church for their graciousness during this time. We are also sincerely grateful to the many friends and family who have given us support and comfort in our time of loss.