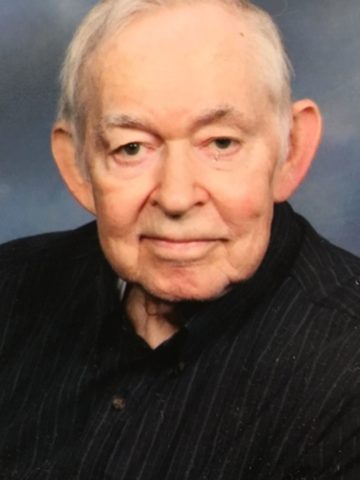 Departed on January 5, 2020 and resided in Gallatin, TN

Richard F. Frey, 82 of Gallatin passed away Sunday, January 5, 2020 at his home. Born in Bloomington, Illinois, August 28, 1937 he was the son of the late Frederick F. and Helen B. (Watson) Frey. Richard was also preceded in death by his wife, Dianna and two sisters, Charlotte DiSalvo and Joan Wycoff. Richard had retired as an executive with CNA Insurance Company. For more than 30 years he worked and lived in Chicago, IL and later moved to Tennessee when his office was relocated to Nashville in 1985. As a young man he was actively involved in sports and he played several sports as a high school athlete. His interest in sports continued throughout his life. He was an avid Chicago Cubs fan and loved to play golf. He also was a veteran of the Army National Guard. A kind and gentle man, Richard was a devoted husband, father, grandfather and great-grandfather. He also loved his church, St. Timothy Lutheran Church in Hendersonville. Richard is survived by three children, Cathleen (Dusty) Jordan, Stephanie (Les) Bergeron and Michelle (Todd) Nichols; 6 grandchildren, Jessica Garcia, Nathan Ayers, Daniel Jordan, Alex Hamby, William Nichols and Jayden Nichols; and 3 great-grandchildren, Raelyn Heightman, Asher Jordan and Oaks Griffin. A life celebration service will be held Saturday January 11th at 2 PM at St. Timothy Lutheran Church, 650 E. Main St., Hendersonville, TN with Rev. Lewis Groce officiating. A visitation hour will be from 1 to 2 PM immediately preceding the service. In lieu of flowers, memorial contributions may be made to St. Timothy Lutheran Church. Arrangements have been entrusted to Cole & Garrett Funeral Home and Cremation Services, Goodlettsville, TN