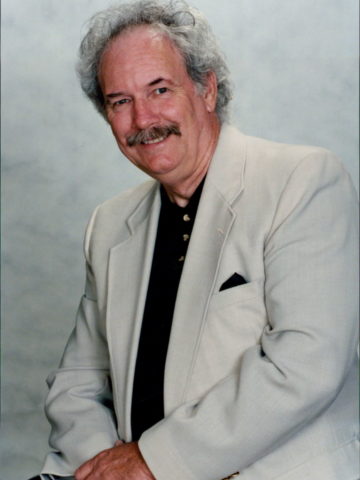 Gospel Singer/Songwriter Ray Lewis of Portland, TN went home to be with the Lord at age 78 on Monday night, October 31st. He was the husband of Laura Lewis, who partnered with him as Lewis & Lewis for 20 years. Ray battled two years of cancer in three organs simultaneously.

Ray was born in Greenwood, AR on November 25, 1937. Ray was the son of Harold Lewis and Beulah Beatrice (Dolly) McGee. He attended twelve years of school in Pacola, OK, then served in the U. S. Air Force.

Ray was proud to be a member of Cornerstone-Nashville Church in Madison, Tennessee and was known for his love of what he called Pastor Maury Davis’s “One-Liner’s.” Ray’s life was dedicated to his First Love and Calling on his life…Music. Radio/TV stations have been quoted as saying, “Ray’s voice was a combination of Easy-Listening/Country/Southern Gospel”, which their listeners/viewers loved, and his songs have been recorded through the years by Country Artists as well as many Gospel Artists. He will be ultimately remembered for his unassuming personality. To know Ray was to love him.

Ray is also survived by his beloved step-daughters, Michele LeFevre, Marcy Barth and Chele Sterban, his God-Son Lawrence Davis, his step-grandchildren, Jason, Andy, Alex and Zachary, Brandy, Kristen, Andrew and Cam, Mali and Nikolas, plus eleven step-greats, who all thought of Ray as their “Poppa.” Needless to say, there are scores of in-laws, nieces, nephews, cousins and friends all across the country who remain here that will miss Ray.

Ray is predeceased by two sons, Monty Ray Lewis, 1971, and Michael Ray Lewis, 1999, and we know he is doing right now what he dreamed of for years – sitting on the banks of that River of Life with feet dangling in the water…and who do you think is sitting beside him? Monty Ray, who was Ray’s ten-year old Down’s Syndome son…Ray is now having his first real conversation with Monty Ray, something that Monty couldn’t manage on earth. Michael Ray, 18 years old, has been in Heaven just a few years now, so he’s already met Monty…and now the boys are not only welcoming their daddy to Heaven, they’re looking for the rest of their family to join them in a little while…

Visitation will be at Cole & Garrett Funeral Home, Goodlettsville Sunday November 6 from 1-8pm.  Funeral service will be held Monday November 7 at 1pm at Cornerstone Nashville with visitation one hour prior to service.  Interment Old Halltown Cemetery.