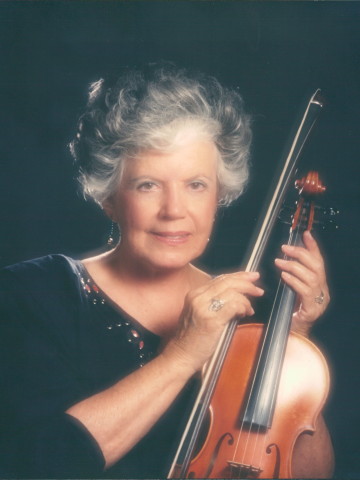 Departed on November 17, 2015 and resided in Goodlettsville, Tennessee

She was born on January 28, 1924 to the late Homer and Myrtle Riggins in Raglesville, Indiana.

After meeting Grandpa Jones, while both were working at WLW Cincinnati on the Boon County Jamboree, they moved to Nashville in 1947. With both of their careers they traveled all over the country and would make appearances playing her signature fiddle. One of her most memorable moments was performing overseas during the Korean Conflict to the different troops on the front lines. She performed many times on “Hee Haw” and The Grand Ole Opry. She also ran the Grandpa Jones Family Dinner Theater in Mt. View, AR.

In addition to her parents she is preceded in death by her husband of 52 years, Louis Marshall “Grandpa” Jones; brothers, Cletus Riggins, Chris Riggins and step-daughter, Marsha Marie Jones.

Donations can be made to The Opry Trust Fund 2804 Opryland Drive, Nashville, Tennessee 37214.