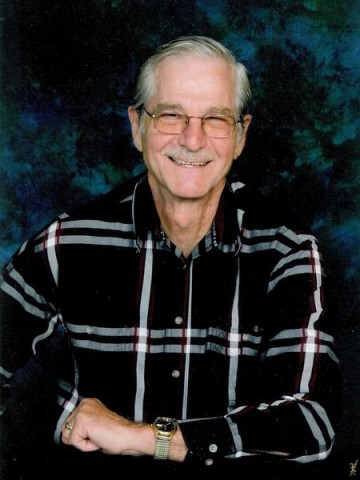 Departed on January 23, 2011 and resided in Murfreesboro, TN

Ernest Allen Pfeiffer, Sr., 72, went to be with the Lord on Jan. 23, 2011. He has joined his soul mate in heaven, Donna Kennedy Steagall Pfeiffer, who passed Jan. 20, 2010. Born Nov. 2, 1938, he is survived by son Ernest Allen Pfeiffer, Jr., and wife, Missy; daughter Carole Joy Pfeiffer; and stepson Travis M. Ford, and wife, Sheila. He is also survived by stepchildren, Mark Steagall, Tina Steagall, Earl Angie Steagall, and Tom Tanera Steagall, and greatly-loved grandchildren Hannah Steagall, Dean Pfeiffer, Ryan Pfeiffer, Dawson Steagall, Olivia Steagall, Jack Steagall, and great-grandson Caden Sledge. He is also survived by half-brother, Robert Faye Seals, and nephews and nieces, Scott Pfeiffer, Misty Mark McGrady, and Kerry Mason. He was preceded in death by his father William Pfeiffer and wife, Lillian; his mother Anne Marie Pfeiffer; brother William Pfeiffer; sister Shirley Anne Pfeiffer; and the mother of his children, Myrna Ruth Mason Pfeiffer. Ernest spent nearly 40 years on the Metro Nashville Fire Department, mostly at Engine Co. 19 on Charlotte Ave., retiring as a Captain. He was greatly respected and admired by his fellow firefighters and was named Firefighter of the Year for 1992-93.
A man of few words, his actions spoke volumes about his character and principles. Never asking anything for himself, he was always the first to help a friend or neighbor; and shunning all recognition, we will never know how many people he touched with his good deeds. He deeply affected those who knew him and will be greatly missed by countless friends in West Nashville, where he spent the first 60 years of his life, as well as many neighbors, friends, and his church family in Murfreesboro and Rockvale, and numerous friends and neighbors in Alexandria, TN.
Special thanks to family friends Troy Mincey, John Collins, Marge Rice, Tracy Trower, Beth Carrin, and the many caregivers who comforted and helped him the past couple of years.Visitation will be at West Harpeth Funeral Home, address, Nashville, TN, on Tuesday from 10 a.m.-2 p.m. and 5-8 p.m.; and Wednesday from 10 a.m.-2 p.m. Additional visitation in Murfreesboro will be at Rockvale Cumberland Presbyterian Church, 8769 Rockvale Road, Rockvale, TN 37153, on Wednesday from 5-8 p.m.; and Thursday from 10-11 a.m. followed by a funeral service led by Pastor Joyce Merritt and Brother Pat McGeachy. Burial will follow at Windrow Community Church cemetery in Rockvale.