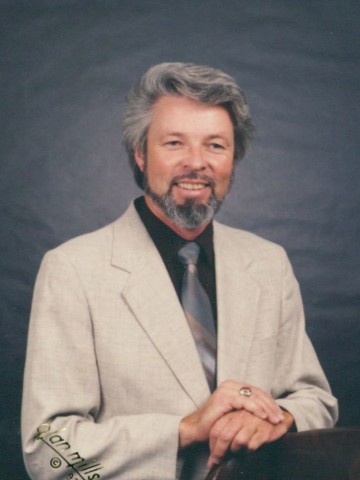 Patrick David Kelly---husband, father, grandfather, truck driver, wine maker-- died on Friday, January 22, 2016 at his home in White House, TN. He was 77.
Pat was born in Traverse, MI on August 26, 1938, to Calvin A. Kelly and Sophie Periski. He grew up on a cherry farm there. Pat graduated from Saint Francis High School in Traverse, MI, which at the time of his graduation, was a one room school. While in school he loved to play baseball, earning the nickname “Crazy Legs”.
Pat served his country well; he was a veteran of the U.S. Marine Corp. He was also a duly appointed Officer of the Grand Traverse County Sheriff Department. He loved to travel, always close to his heart was his hometown Traverse City, MI and among other favorites were Fall Creek Falls and Panama City Beach, Fl. Pat was described by his family as being a “Giant Kid” at heart, he was funny, loved to talk and tell stories. He once convinced his daughter that he was superman, which is something she will always remember about her dad.
Pat was preceded in death by his parents and by his brother Jack Kelly.
He is survived by his wife, Mary Jenkins Kelly; daughter, Michelle Renee Norris; son, David Patrick Kelly and his wife Belinda; step-daughter, Debbie Burrow; step-sons, Michael Burrow, Sr., Jeffrey Burrow and his wife Gina; grandchildren, Shawn Norris, Brandon Payne, Michael Burrow, Jr., Dillon Burrow, Brock Burrow, Sierra Burrow and Alli Burrow; great grandchildren, Jude Burrow, Hayden Payne, Rosie Ferello; special nieces and nephews, Linda, Terry, Janice, Mark, Colleen and Carman.
Pat’s life will be celebrated 11:00 a.m. Wednesday, January 27, 2016 at the Cole & Garrett Funeral Home Chapel in White House with Bro. Wilson Adams officiating. Final disposition is cremation.
Family and his many friends will gather Tuesday from 4:00 p.m. until 8:00 p.m. to honor and pay respect to Patrick David Kelly. Walking down the path of Pat’s life, there are sure to be many stories to share that will bring a smile, maybe a good laugh. He will be missed by all who knew and loved him.
Arrangements by Cole & Garrett Funeral Home, 212 Hwy 76, White House, TN 615-672-3936