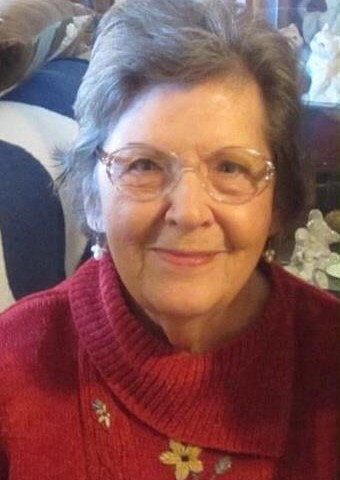 Departed on September 20, 2015 and resided in Goodlettsville, Tennessee

She was born on October 10, 1938 to the late Jasper Newton and Wilma Frances Swim Pritts in Decatur, Illinois. At the age of twelve she and her family moved to Southern California. After graduating high school Mrs. Harris attended Community College in Norwalk, California and found a job through RCA IN Los Angeles. She would meet the love of her life Vernon Harris and would be married 2 weeks later.

Mrs. Harris was described as a loving, selfless, strong woman that never met a stranger. She was the mother and wife that everyone wanted. Her caring heart had her volunteering for years with Meals on Wheels and her faith was evident. She put everyone’s needs before hers.

In her spare time, Mrs. Harris enjoyed visiting Southern California, Gatlinburg and camping. However what gave her the most enjoyment was spending time with Holly on Mondays, going to movies or Cooking, and picking up Madeline from school. Many people knew the caring and motherly person she was. Only a few knew the artistic painter, writer and singer she was.

Along with her parents she is preceded in death by her grandson, Gavin Harris.

A Life Celebration will be held on Saturday, September 26, 2015 at 2:00pm in the Cole & Garrett Chapel. The Family will receive friends on Friday, September 25, 2015 from 4-8pm then again on Saturday from 12 until the time of service.