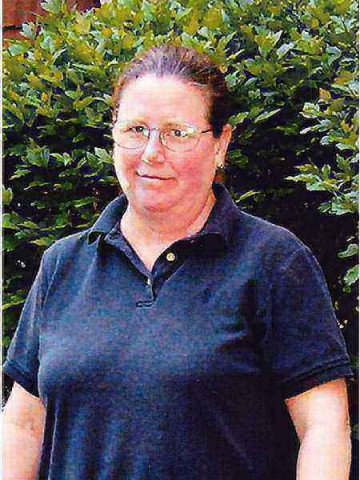 Departed on October 4, 2011 and resided in Harriman, NY

PASCHALL, Leigh Buford a native of Brentwood, Tennessee, died unexpectedly of a heart attack at her home in Harriman, New York, on October 4th. She was the daughter of Peggy Williams and Edwin Scott Paschall. Ms. Paschall was a graduate of Saint Bernard Academy in Nashville, Class of 1976, and earned a bachelor's degree in Business Administration from Boston University. She entered Manufacturers Hanover Trust Company in New York in 1981 as an Assistant Secretary. Over a banking career of more than thirty years Ms. Paschall rose to Managing Director, European Clients Group, at J. P. Morgan Chase. As a teenager Ms. Paschall was a member of the Middle Tennessee Pony Club and was awarded the Middle Tennessee Hunter Jumper Association's Sportsmanship Award in 1976. More recently she had become a champion golfer. As a dedicated gardener and organizer of holiday events, she made her Harriman home a favored retreat from the din and bustle of New York City. Leigh Paschall is survived by her mother, Peggy W. Paschall of Nashville, her sister Macey P. Greg McCullough of Primm Springs, her brother W. Douglass Paschall and a nephew Max W. Paschall, both of Lansdowne, Pennsylvania. A memorial service was held on Monday at the Frank E. Campbell Funeral Chapel in New York to permit her colleagues in the international banking community to pay final respects. Visitation will take place on Thursday, October 13, from 4 to 6 p.m. at Harpeth Hills Funeral Home.A graveside service and burial will take place on Friday at 10:30 a.m. at the Paschall family plot at Mount Hope Cemetery in Franklin. Memorials may be made to Outreach International www.outreach-international.org, the American Heart Association or the Nashville Humane Association. HARPETH HILLS FUNERAL HOME, 9090 Hwy 100, Nashville, TN 615-646-9292. www.afamilylegacy.com