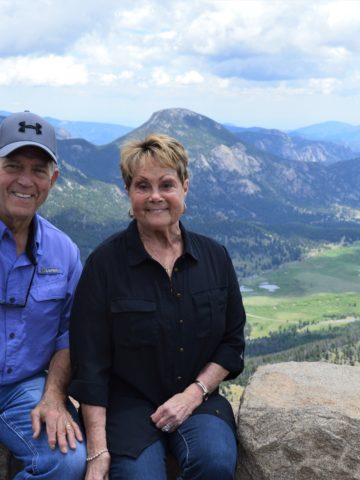 Departed on February 3, 2020 and resided in Gallatin, TN

Pamela Sears Cunningham, age 73 of Gallatin, passed away on February 3, 2020. She was born in Old Hickory, TN on January 27, 1947. She is preceded in death by her father Clyde W. Sears Jr. She is survived by her mother, Eunice Howell Sears; her husband of 51 years, Don Cunningham; son, Jeff (Mary Kelly) Cunningham; daughter, Kellie Cunningham Hicks; brothers, Phil (Marilyn) Sears, and Paul (Jan) Sears; grandchildren, Kevin Hicks, Jacqueline Cunningham, and Kate Cunningham. Pam was a graduate of Hendersonville High School class of 1965, where she was a standout on the basketball team, a passion that she carried with her all her life. After graduation she attended Tennessee Technological University. She was a loving and devoted daughter, sister, wife, mother and grandmother. She delighted in her love for all children and animals which she always felt was pure. She quietly traveled the world, deployed with Don in the Army early in their marriage, and domestically later as she and Don traveled frequently in a series of RVs of increasing size. She was a member of Rehoboth United Methodist Church in Gallatin, and was trained and performed as a Stephen Minister, which she found very fulfilling. A beautiful, engaging, and caring woman, she attracted friends and cultivated relationships across the country. Visitation will be at Cole & Garrett Funeral Home, Goodlettsville Friday February 7 from 5-8 pm, and on Saturday February 8 from 12 Noon until service time at 1pm. Interment will follow at Spring Hill Cemetery. For those desiring, donations in lieu of flowers may be made to Rehoboth United Methodist Church or Sumner County Habitat for Humanity.