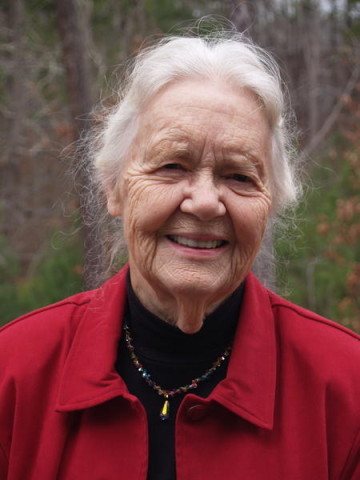 Departed on April 18, 2011 and resided in Hendersonville, TN

OGLE, Pauline Jones, age 88, of Hendersonville, TN passed away early Monday morning, April 18, 2011 in Hendersonvlle, with her loving son at her side. Born June 12, 1922 in Williamson County, she was the late daughter of Paul and Mamie Jones of Leipers Fork, TN. She is also preceded in death by her husband of many years George Wallace Ogle. She is survived by son, Paul W. Ogle, Sr.; daughter-in-law, Sandy S. Ogle of Cary, N.C.; grandsons, Paul W. Ogle, Jr., and Jason S. Ogle of Charleston, S.C.; brother, Albert E. Jones Ruby of Franklin, TN. She will be missed by all who knew her and those whose lives she touched. She attended David Lipscomb College and The University of Tennessee. She taught second grade for Nashville Public Schools until her retirement. Family and friends are invited to the Life Celebration for Pauline on Thursday, April 21, 2011 at Hendersonville Church of Christ. Visitation will be held on Wednesday, April 20, 2011 from 4 p.m.-8 p.m. at Hendersonville Funeral Home and on Thursday from 12 p.m. until service time at 1 p.m. at the Hendersonville Church of Christ. Interment will follow at Harpeth Hills Memory Gardens in Nashville, TN. Memorials may be made to the Hendersonville Church of Christ where she was a longtime member. HENDERSONVILLE MEMORY GARDENS AND FUNERAL HOME 353 Johnny Cash Pkwy, Hendersonville, TN 37075 615 824-3855 afamilylegacy.com