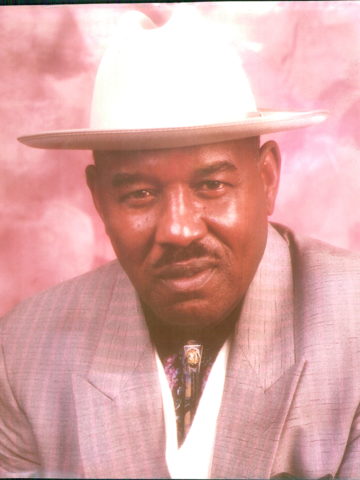 Born in Goodlettsville, Tennessee on June 20, 1931

Departed on May 8, 2016 and resided in Nashville, Tennessee

He was born on June 20, 1931 to the late Will and Emma Burns Douglas in Goodlettsville, Tennessee. He was the only boy to his parents’ four children.

Bill as a man of many hats and many names, some knew him as Bill, other knew him as “Car Man” but most knew him as Dollar Bill. He got the name Dollar Bill because of how hard he worked for his family; he was always looking for jobs to help support his family and others when the need arose. He started out working for Hard Castle Motors then went to work for Natuline Boat Company, after that he started work for Peterbilt until his retirement in 1995 after 25 years.

Bill had a passion for many things during his life. He loved football and would follow TSU most of the time, going to the park and listening to Jazz Music. However his love for His God was the most important. He was a member of First Baptist Church.

In addition to his parents, Bill was preceded in death by his beloved wife of 43 years, Barbara Jean Douglas; sisters, Sadie Bell Cartwright, Johnetta Harris and Lucille Douglas, and beloved son Ricky Odom.

A Life Celebration will be held on Saturday, May 14th at the Bakers Chapel CME Church 206 New Brick Church Pike, Goodlettsville, TN 37072 at 12 Noon; burial will follow at Crestview Cemetery in Gallatin. The family will receive friends on Friday, May 13th from 4-8pm at Cole & Garrett in Goodlettsville, then again on Saturday from 11 until the time of service at the church. Cole & Garrett 615-859-5231