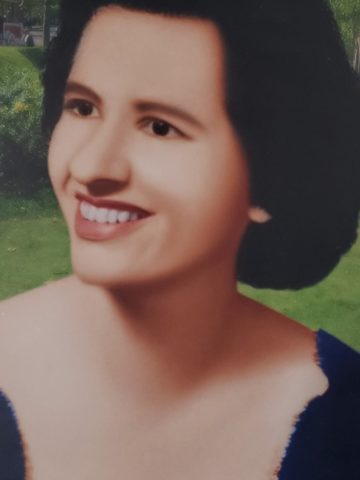 Nancy Ann Sparkman, 100, passed away peacefully Monday at her home in Portland, TN. Born in eastern Kentucky, March 5, 1919, Nancy was the daughter of the late William Jefferson and Margaret Bradley. She was also predeceased by her husband, Robert Sparkman and her twelve siblings. Nancy is fondly remembered by her family as being an independent, courageous, kind, generous and loving matriarch. She loved to keep busy and enjoyed collecting things. She loved to go to yard sales on Saturday mornings and often would buy out the whole sale and then bring it home to go through. She had a talent for repurposing thing and was also a talented seamstress. She loved to be with her family and particularly enjoyed Thanksgiving and the time spent with family watching televised parades and gathering around the table. She enjoyed cooking when she was able. Nancy was also a comical person who found humor in everything. She was also a woman of faith and was able to quote many Bible verses from memory. She is survived by her children, Hue (Bay) Sparkman of Portland, TN, Quang and Vivian Nguyen of Texas, and Thu (Lynn) Taylor of Alabama; her grandchildren, including June Nguyen, Rob Sparkman, Von Syhalath, Nancy Sparkman, Robin Sparkman, and Robert Sparkman; as well as many nieces, nephews and extended family members. Visitation for Nancy will be held Wednesday, October 30, 2019 from 5 to 8 PM at Cole & Garrett Funeral Home, White House, TN. There are no other public services.