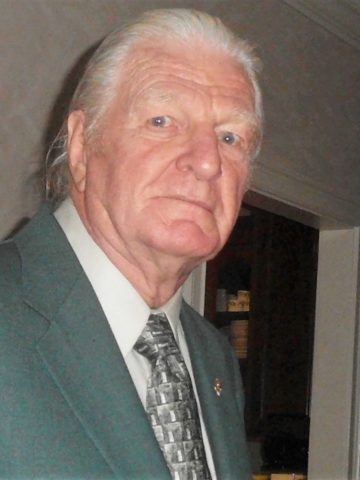 Departed on February 1, 2018 and resided in White House, TN

Myers Caraway “Mike” Thurman, Jr., 79, passed away Thursday, February 1, 2018 at his home. Born December 13, 1938 in Lumberton, MS, he was the son of the late Myers C. and Yuba Aileen (Saucier) Thurman. Mike grew up in Purvis, MS until the age of 12 when his family moved to Dallas, TX. He graduated from South Oak Cliff High School in Dallas and later joined the US Navy. He served as part of a blimp crew during the Cuban missile crisis. As a young man he had an interest in airplanes, speed boats, hot rods and drag racing. Auto racing was something he maintained throughout his life although he did not return to drag racing until his retirement. Mike had been a NHRA mechanic, as a young man, and a back up driver for an Amarillo, TX drag racing team. After his first marriage he returned to Mississippi where he set up shop as a mechanic for several years. He later entered the Oil Field working on drilling platforms as a roughneck, then as a crane operator, and eventually becoming a sub-sea engineer in the gulf of Mexico. Working on offshore and deep sea rigs became his passion. This later phase of his career saw him working in the North Sea, the Bering Strait and briefly off the coast of Africa. He retired from the petroleum industry in 1998 and settled in middle Tennessee in 2000. He had been a resident of White House since 2009. Myers was also an avid pilot. He loved flying and often said his favorite place to be was in the air. With retirement and the move to White House, Mike devoted much of his time to his grandchildren. He enjoyed supporting their various sporting events. Earlier on in his life he had been a little league coach and was involved in scouting. He was a devoted family man who was passionate about his interests and had a deep love of life. Mike is survived by his wife, Nita (Holland) Thurman; a son, Myers C. Thurman III of Baton Rouge, LA; his daughter, Charmaine Rose of Dickinson, TX; two step-daughters, Brandy Suiter of White House and Amanda Roberts of Dixon, TN; a step-son, Joshua Swaidner of Jackson, TN; ten grandchildren, Tyler Gibson, Hannah Gibson, Michael Transou, Lucas Suiter, Caleb Suiter, Gracie Suiter, Allie Thurman, Carrie Grace Thurman, Olivia Rose and Brandon Rose; one great-grandson, Jonathan Rose; a sister, Jo-ann Jackson of Dallas; a brother Patrick Thurman of Wiley, TX and several nieces and nephews. A memorial gathering to celebrate his life will be held Tuesday, February 20th from 4 -8 pm at Cole & Garrett Funeral Home, 212 Hwy 76, White House, TN. Burial will be in Purvis, MS.