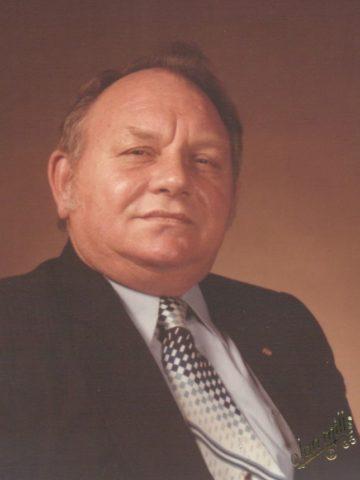 Milan Dee Sanders, 83, of Greenbrier, passed away surrounded by his family on Saturday, March 27, 2021. Milan was born September 1, 1937 in Lincoln County, TN, the son of the late Richard Sanders and Thelma Baker Sanders. He was also preceded in death by a son, Kenny Dwight Sanders; his siblings, Ruben Sanders, Elaine Fultz and Avaleen McKin; and his great-grandson, Kenneth Austin Grissom. Milan grew up and began his education in Fayetteville, TN. In his youth he worked as a truck driver, and then spent most of his working career in maintenance for several middle Tennessee companies. He worked for Ferro Fiberglass for over 26 of those years. Later in life he went back to school and obtained his G.E.D. and went to HVAC school. He attended White House First Baptist Church. He loved his family and enjoyed the various gatherings. He loved to fish, cook, tell stories and jokes. He was also a talented amateur musician with a love of Bluegrass music. He played guitar, mandolin, dobro and the harmonica. He loved to keep busy and had worked on cars most of his life. He was a true “shade tree mechanic”. His giving nature extended to all he encountered. He was a “servant” who enjoyed offering food or a drink and would treat them like his own family. Milan is survived by his wife of 48 years, Linda Seay Sanders; his children, Brad (Stephanie) Parker, Douglas D. (Leesa) Sanders, Kathy (Larry) Fugate, Anthony L. Spicer, Kimberly (Les) Fugate, Sherry (Russell) Rippy; 12 grandchildren, 22 great-grandchildren, 1 great-great-grandchild and one more on the way. A Celebration of Life Service will be held for Milan at Cole & Garrett Funeral Home, White House, TN on Wednesday, March 31st at 2 pm. Visitation will be held at the funeral home on Tuesday from 4 until 7 pm and again on Wednesday from noon until 2 pm. Burial will be at White House Memorial Gardens. Active pallbearers will be, Orey Fugate, Derek Watson, Douglas Sanders, Travis Spicer, Brandon Grissom and Steven Spicer. Honorary pallbearers will be Les Fugate, Larry Fugate, Dylan Grissom, David Parker and Russell Rippy. The family requests that those attending please wear masks.