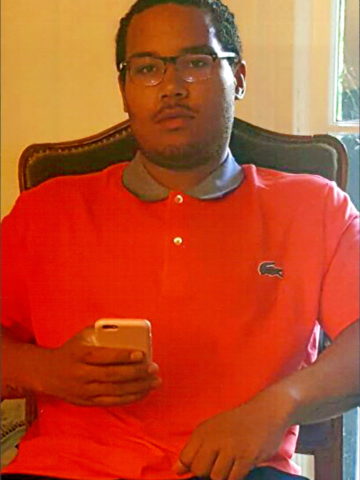 Departed on August 31, 2016 and resided in Goodlettsville, TN

Michael Shane Stinson Dearborn, age 22 of Goodlettsville passed away August 31, 2016. Michael was born in Nashville on August 18, 1994. He was a 2013 graduate of Hillsboro High School; while in high school he was on the Wrestling Team for a short time and has always enjoyed running. When Michael was young he played football for the Bellevue Steelers, but has always been a New York Giants fan. He ran everyday and even competed in some 5K and 10K races. In addition to his running he also enjoyed MMA training. He was very intellectual; enjoyed photography, reading, loved music, especially hip-hop and had an eye for fashion and design. Michael was loyal and devoted to all the people who were close to him; he will be missed by all who knew him. He is survived by his devoted mother; Victoria Dearborn; father, Michael Stinson; grandfather, Carlton Stinson (Phyllis); sisters, Alexis Stinson, Anna Bowman and Alexandria Farley; uncle Scott Stinson (Diane); aunt Kara Stinson Stone (Adam); niece, Skyler Stone; close relative, Angela Bowman; and his best friend, Robert Waddey. Michael’s family will be having a private memorial service to celebrate his life at a later date. Arrangements Entrusted To: Cole & Garrett Funeral Home, Goodlettsville (615)859-5231 www.coleandgarrett.com