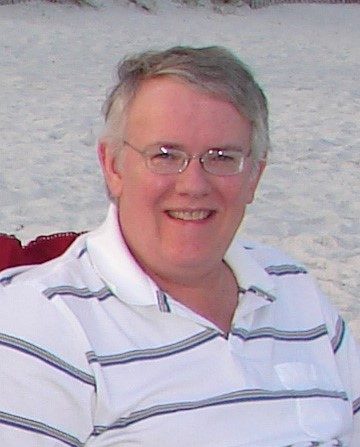 Departed on August 18, 2019 and resided in Goodlettsville, TN

Michael Edward Drewry, 61, of Goodlettsville, passed away Sunday, August 18, 2019 following a brief battle with cancer. Born September 8, 1957 in Union City, TN he was the son of Joann (Robinson) Drewry and the late Edward Dayton Drewry. He spent his early years in Greenfield, TN where he enjoyed the small-town life and he developed a strong sense of family which he carried with him throughout his life. Mike received his Masters in Accounting from the University of Tennessee at Martin and had spent his working career as a “numbers guy”. He had spent the last several years as an accounting manager with the Tennessee Department of Mental Health. He had also worked with John A. Gupton College in Nashville and Humphries & Associates, PC in Franklin, TN. Mike was a huge UT fan and enjoyed watching their games. He rarely did things for himself although he would get a few lottery tickets each week and he loved Sudoku puzzles. He was extremely good at these puzzles and would seek out the most challenging of them. A true family man in every sense of the word, Mike was dedicated to his family. He and his wife, BJ, were each other’s best friend. Among the things they enjoyed and did together were their yearly trips Destin, Florida and playing cards often times with friends. Mike also loved to watch war movies; something Bridget did not enjoy so much, and he was an avid collector and reader of John Grishom novels. He also adored his dog Gracie. Mike is survived by his wife of 35 years, BJ Drewry; his mother, Joann Drewry; his three children, Amanda Leigh Drewry, Kyle Edward Drewry, and Joanna Brook Merritt; his sister, Bobbie Sue Drewry and special friend Bob Buckley; and his grandson, Mark Dayton Merritt. Visitation will be held Friday evening from 4 – 6 PM at Cole & Garrett Funeral Home, Goodlettsville followed by a Celebration of Life Service at 6 PM. In lieu of flowers, memorial contributions may be made to St. Jude Children's Hospital. www.stjude.org