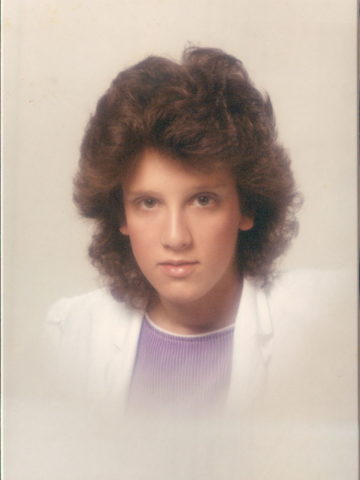 Departed on August 28, 2016 and resided in Gallatin, Tennessee

Melynda Arlene Trenholme, age 47 of Gallatin, passed away on Sunday, August 28, 2016 at her home.
She was born on November 25, 1968 to William Albert and Janet Arlene Angell in Madison, Tennessee.
Ms. Melynda was a kind hearted, funny and devoted mother. She enjoyed playing card games like Rummy with her parents, taking trips to Pensacola, Florida where they would rent a house for the week just to spend time with the whole family. Her mother remembered many nights Melynda would drive to Sonic and would bring her back a milkshake even though she would ask for a Sundae. Melynda believed Sonic had the best Banana Milkshakes around.
When it came to her children it didn’t matter what they were doing from Martial Arts with the boys to Gymnastics with her daughter, she would spend every moment she could with them. Teaching Tony to drive was her lasted goal, driving up and down the drive way making memories he was cherish forever. AJ remembered a time that they spent every night for a over a year playing Monopoly; when his best friend broke his foot they would drive to his house pick him up and bring him back to their house so he wouldn’t miss a night playing.
Melynda enjoyed going and doing when she was able, going to the movies, eating at their favorite Mexican Restaurant in White House, spending time at Julie and Rogers house laying by the pool, it didn’t matter as long as she was surrounded by the ones she loved and loved her.
Melynda is survived by her parents, Bill & Janet Angell; children, Arthur”AJ” Justin (Tavonnia Walker), Anthony “Tony” Lee, and Breanna Lynn; granddaughter, Nevaeh Faye; siblings, Julie (Roger) Binkley and Corey (Bobbi) Angell and Life Time Friend, Artie Trenholme.
A Life Celebration will be held on Wednesday, August 31st at 12:00pm in the Chapel of Cole & Garrett Funeral Home. The family will receive friends on Tuesday August 30th from 4-8pm then again on Wednesday from 10:00am until the time of service.
In lieu of flowers the family request donations be made to the Melynda Trenholme Children’s Educational Benefit Fund at any Regions Bank.