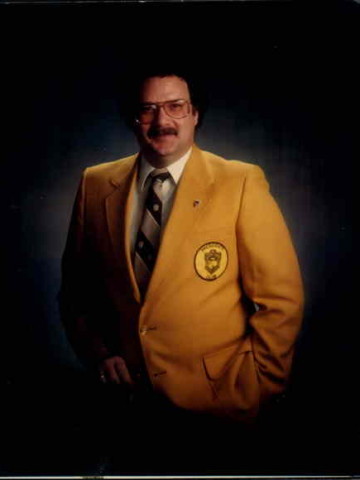 Departed on May 4, 2013 and resided in Hendersonville, TN

MCCORD, Dr. William Logan, born January 15, 1945 in Nashville died peacefully in his sleep Saturday, May 4th. He was preceded in death by parents Dr. Travis and Janet Spain McCord; brother, Dr. James T. McCord; grandparents Dr. Logan and Ruth Kenning McCord, and Howard and Hilda Haney Spain. Survived by wife, Wanda Sweeney McCord; children, Clay McCord Jennifer of Grove City, OH and Melissa McCord Chadwell Clayton of Lebanon; grandchildren Andy McCord fiancee, Tiffany of Chicago, Nicholas and Jackson McCord of Grove City; Sisters in law, Gwen Shockley and Helen McCord; former brother-in-law, Ernie Shockley; nieces Allison Bailey Gary and Margie Williams Robert; nephews Scott Shockley, Stuart Shockley, Donovan McCord, and Chris McCord Jalene and several grand nieces and nephews. After attending Isaac Litton High School and Middle Tennessee State University, Dr. McCord graduated from Southern College of Optometry in Memphis. He was a member of DeMolay, a 33rd degree Mason, member of the Hendersonville Masonic Lodge and Al Menah Shrine. Dr. McCord was a fourth generation optometrist. His great uncle began practicing in the late 19th century. His father and grandfather were among the first tenants in the L&C Tower with offices on the mezzanine for many years. Dr. McCord practiced in Inglewood before moving his practice to Hendersonville in 1981. He was an active member of the Tennessee Optometric Association, serving as state secretary, treasurer and state president. He was also a long time member of the American Optometric Association and a fellow of the Tennessee Academy of Optometry. His 45 years in the practice were special to him and he loved optometry and his patients. The family would like to extend a very special thank you to the Spencer family, our prayers are with you. As a longtime resident of Hendersonville, he was a volunteer fireman serving as the volunteer fire chief for many years. Dr. McCord served eight years as city alderman for the 4th ward and was a charter member of the Hendersonville Chamber of Commerce. As a member of the Noon Sertoma Club, he worked to become a Gold Coat President and served two terms as president. For many years, he worked with the 100 Plus Club and Christmas at Twitty City. Dr. McCord was a five-year heart transplant survivor. The family appreciates the efforts of Dr. Mark Tedder, Dr. Douglas Pearce, Dr. Mark Aaron, Dr. Don Chomsky and the entire heart transplant team. The family requests that in lieu of flowers, donations be made in his memory to the Tennessee Donor Services, 1600 Hayes St Suite 300, Nashville, TN 37203 Attention: Family Care Department. A Life Celebration will be 2pm Tuesday at Hendersonville Funeral Home. Visitation will be Monday, May 6th from 4-8PM and Tuesday, May 7th from 11-2 at HENDERSONVILLE FUNERAL HOME 353 Johnny Cash Parkway, Hendersonville, TN, 37075 615-824-3855 hendresonvillefh.com