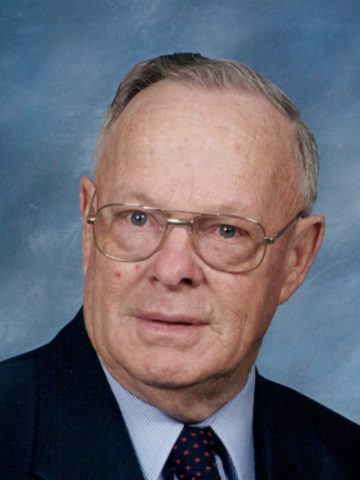 Departed on October 4, 2020 and resided in Goodlettsville, TN

Maurice Fentress, 88, of Goodlettsville, passed away Sunday, October 4, 2020 at his home. Born December 24, 1931 in Greenbrier, TN he was the son of the late Hubert D. Fentress and Lily (Ellison) Fentress. Maurice was the last of 7 children having been preceded in death by his siblings, Inez, Clarence, Clarice, Matthew, Eugene and Bruce. Maurice had been a self-employed painting contractor for most of his working life. He had also worked as a painter for Metro Board of Education for 15 years and for 9 years he had been a funeral assistant at Cole & Garrett Funeral Homes. In his spare-time he enjoyed camping and fishing. He especially enjoyed camping in Florida with his wife during his retirement. He had attended First Baptist Church in Goodlettsville for many years. Maurice is survived by his wife of 68 years, Ellen (Carter) Fentress; his children, Bobby Ray and his wife Jennie, Anthony E. and his fiancé Kathy, David E. and his wife Donna, and Darlene Dowlen and her husband Buddy; 7 grandchildren, Tracy, Bobby Fentress II, Benjamin, Matthew, Kristen, Michael and Keith ; and 8 great-grandchildren, Tori, Glenn, Allen, Victoria, Alex, Melanie, Bobby Fentress III and Samantha Grace. The family wishes to express thanks to Kindred Care Hospice and also a very heartfelt thank you to our precious granddaughter, Tracy for her care and devotion to her grandfather. Acting as pallbearers will be, Ben, Jake, Michael and Keith. Visitation will be held Thursday from 9 until 11:30 AM at Cole & Garrett Funeral Home, Goodlettsville. A celebration of life service will be held at the funeral home Thursday at 11:30 with Brother Lyle Larson, Pastor at First Baptist of Goodlettsville and Brother Jerry Heflin, former pastor of First Baptist of Goodlettsville. Burial will follow at Bethlehem Cemetery, Springfield, TN. In lieu of flowers, memorial contributions may be made to the building and maintenance fund at First Baptist Church, Goodlettsville.